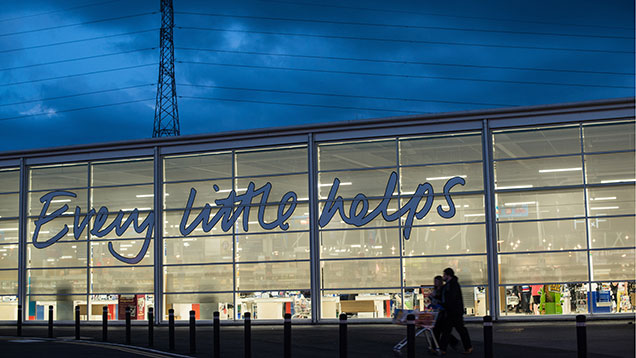 Tesco has admitted it may have breached the Groceries Code of Practice (GSCOP), which is designed to protect suppliers from unfair trading practices, on several occasions.

In its 2015 annual report released on Monday 8 May, Britain’s biggest supermarket said it was working with the Groceries Code Adjudicator (GCA) on the probable breaches.

The report said: “Regrettably, we have concluded that there have been a number of instances of probable breaches of the code which fall short of the high standards we expect to uphold in our dealings with our suppliers.”

The number of suppliers raising issues related to the code also increased over the year.

Tesco said: “Eighteen code-related complaints were raised by suppliers this year, and (as at the date of this report) we have resolved all but one complaint through discussion with the suppliers concerned. We are continuing to discuss the final matter with the relevant supplier.

“We have had 12 instances where complaints were referred to the code compliance officer, although in none of those instances was a formal dispute raised as all matters were resolved directly with the supplier.”

In February the GCA launched an investigation into possible code breaches at Tesco following revelations that its £263m profit overstatement (since revised upwards to £326m) was linked to trading practices with suppliers.

The GCA is looking at delays in payments to suppliers and payments for shelf positioning.

Christine Tacon, the current GCA, said no further comment could be made at this stage but that the investigation was likely to take between six to nine months in total.

Despite the revelations of probable code breaches, Tesco has been trying to rebuild trust with suppliers and customers under new chief executive Dave Lewis.

This has included promising to do away with the majority of ways its extracts “commercial income” from suppliers and instead refocusing on negotiating an upfront price with supplier.

“We are pleased to hear that Tesco is making efforts to ensure this does not happen again. We hope that under new leadership Tesco will take the concerns of the GCA on board and act swiftly to address many potential issues in its supply chain.

“We believe that Tesco is well placed to lead collaborative balanced relationships with its suppliers, that our members can benefit from.

“This is exactly the reason the GCA was put in place and we are pleased to see it working effectively.”