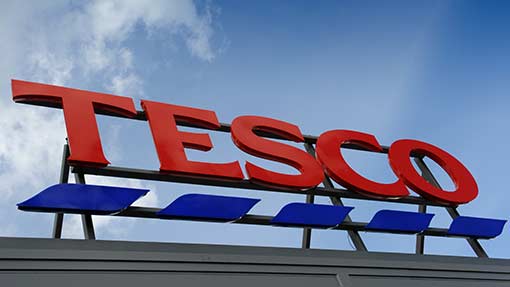 Britain’s biggest retailer increased its total group sales by just 0.3% last year to nearly £71bn, in what it described as “a weaker and increasingly competitive market” – – a reflection of tight consumer spending and retailer price wars.

In an effort to boost sales and retain market share, Tesco is cutting the price of key groceries by an average of 24%, starting with milk last month, and said it was “determined to do even more over the months ahead.”

Although the retailer still has the lion’s share of the UK groceries market, it and the other Big Four supermarkets have come under increasing pressure from discounters Aldi and Lidl.

It has so far cut the retail price of milk, eggs, butter, chicken – all of which are British – beef mince and a number of vegetables.

Tesco said it expected the “competitive intensity” to continue in 2014-15.