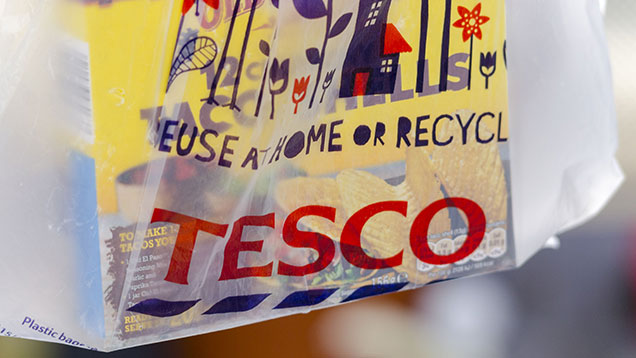 The latest results at Tesco are hinting at a recovery, but the supermarket is yet to reaffirm its commitment to source more British food.

But after a tough year at Tesco and a recovery looking likely, farmers are asking what the supermarket’s plans are for sourcing more British food.

Previous chief executive Philip Clarke made commitments to British farmers and growers two years ago at the NFU’s conference, including to source more meat closer to home and offer two-year contracts. But new chief executive Dave Lewis has yet to reaffirm these.

At the retailer’s AGM today, NFU president Meurig Raymond is expected to ask Mr Lewis if he plans to stick to Tesco’s promises.

Mr Raymond said: “Tesco has made a number of commitments to our farmers and growers in the past couple of years – including pledges at our annual conference in 2013 – and our members want to hear from Tesco how they have progressed on those commitments.”

Focus on supplier relations pushes sourcing British out of spotlight

As a result, Tesco has reduced the number of ways it extracts money from suppliers (so called “back margin”), set up a helpline for suppliers with payment and admin issues and said he will refocus on generating income from sales rather than suppliers.

But there has been little mention of commitments to sourcing more British produce.

The word “farmer” was not used once in the supermarket’s 2015 annual report or corporate social responsibility report and there was no mention of the pledges in either report.

An investigation by Farmers Weekly last year found that Tesco was making slow progress on its pledges and what appeared to be genuine commitment from the top and the agricultural team was not filtering through properly to the buyers.