The Irish Ploughing Championships were held last week at Annaharvey Farms, just outside Tullamore, Co. Offaly, Ireland. Cathal McCarron reports on some of the equipment on show 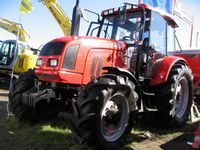 This Farmer-branded tractor is Polish built and currently available in two sizes, the 92hp F-9058 and the 105hp F-10244 C1. The smaller 29,500euro unit is powered by a John Deere engine and uses a 12 x 12 transmission. Hydraulic and linkage controls are robust mechanical levers, which operate the three spools and the 3.8t rated linkage. 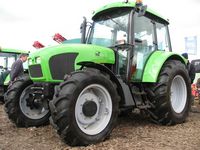 LimbLuxs Slovenian-built tractor was being brought in by TractaMotors, Co. Cavan.
Looking a bit like a Deutz-Fahr, it’s currently offered as an 85hp model with plans for 95hp and 125hp variants. Powered by a Perkins engine, it has a 24 x 24 40kph transmission, 3.2t lift capacity and 39,000euros price-tag. 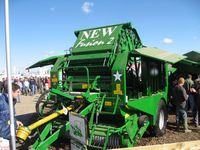 McHale’s first Fusion integrated wrapper appeared in 2002. Now there’s the Fusion II, which retains the 2m pick-up and drop-floor unblocking system but has a simplified bale transfer system that can handle 50-60 bales an hour and an uprated chopper unit. A new tubular chassis reduces the machine’s weight by 500kg and prevents grass build-up. 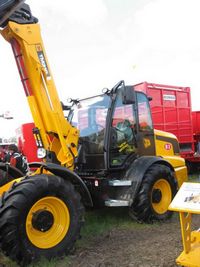 JCB continues the roll-out of its DieselMax engines, with the new TM designated wheeled loader the latest product form the Staffordshire based manufacturer to be fitted with the home-grown engines. The 130hp TM 310 articulated machine has a new six-speed transmission and lift capacity has risen to 3.1. Max lift height is 5.1m. 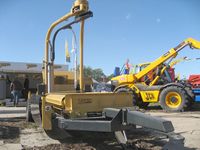 Latest 1814 wrapper from Co.Carlow-based Tanco can wrap eight small bales as one large bale and is aimed at farms who supply feed and bedding to horse owners. The rollers don’t turn until after the first four revolutions, allowing the eight small bales to be held together. The 1814 can also handle the largest 1.2t (1.4m x 1.9m) bales. 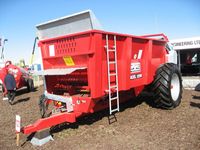