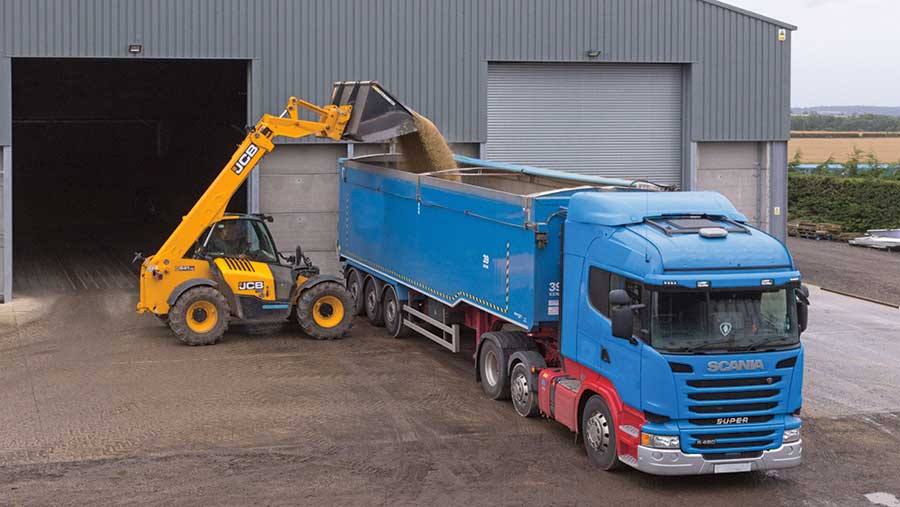 A stronger pound and tight end-of-season supplies have combined to draw wheat imports into the UK.

The breadmaking wheat premium has doubled to almost £10/t over the past four weeks, while feed wheat prices have risen by an average of about £3.50/t over the same period.

The draw of the northern bioethanol plants ensures prices in their catchment are at the high end of the range.

Prospects for cereal prices look firm to the end of the season, say traders, although with plenty of imported wheat available, no price explosions are expected.

Despite sterling losing ground recently when inflation figures pointed to a later rate rise than previously expected, UK grain and grain imports are priced at roughly equal value, allowing imports to be viable.

Currently, breadwheat imports are sourced mainly from Germany, France and Canada. The very reliable German trade became well-established as a result of the poor quality of the 2012 UK harvest.

“The challenge in future will be to reduce the volume of German milling wheat imports,” said Mark Smith, trading director at Saxon Agriculture, although another relatively small UK wheat crop (see ‘New crop outlook’ above) will mean the UK will almost certainly be a net wheat importer again next season. The EU’s MARS crop monitoring service puts 2018 UK wheat yields at 8.21t/ha compared with 8.16t/ha in 2017.

Both wheat and maize are being imported for bioethanol production.

Meanwhile UK wheat exports are lagging well behind year earlier levels, as are those from the EU as a whole.

Elsewhere, Russian exporters are having to chase hard for grain supplies to meet existing commitments as a fall in the rouble has pushed up prices, making producers hold grain back.

With a similar area to that of 2017 and challenges to crop development, traders and analysts expect another relatively small wheat crop in 2018, at about 14.5m tonnes.

Provided both ethanol plants continue in operation, this will make for another tight wheat market.

US weather and crop prospects are having a big influence on markets in the run-up to the new crop season. US winter wheat ratings are falling and spring plantings have stalled. Key hard red winter wheat-growing areas have seen far too little rain.

Futures markets have been volatile – falling on rain, forecast or actual, and rising when it fails to materialise or is less than hoped for. This will continue to affect UK prices, as will local demand which is becoming more regionalised as feed and milling plants consolidate.

“Although too early to sound the alarm bells, if the pace [of US planting] hasn’t substantially increased by the beginning of May some spring wheat and corn acreage could be lost to soya beans or left unplanted,” said Gleadell managing director David Sheppard.

This would provide some support to US markets, which would probably translate to EU markets.