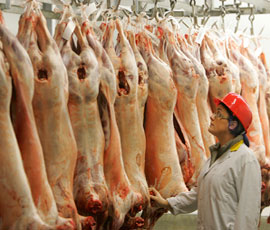 Despite a slight increase in numbers sold at GB auction markets this week, liveweight trade continued its upward trajectory, said the report. In the week to 22 November, the new season SQQ increased by 10p/kg, to average 193.6p/kg. Cull ewe prices at auction increased by £3.70 a head, to average £65.91.

Store lamb markets had also improved since the start of October, rising by almost £6 to average £61 a head in week ended 12 November. “The buoyant finished market for lambs is evidently influencing the store trade as this broadly mirrors the improvement in finished prices. Similarly the strong performance of finished prices compared to year earlier levels has contributed to the latest store lamb prices being £10 a head above year earlier levels.”