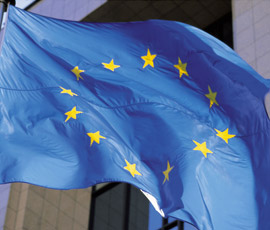 British farmers are likely to lose out under the forthcoming CAP reform if proposed flexibility in member states’ implementation is retained.

Under current proposals, member states have options including transferring different levels of funds between direct payments and rural development programmes, choosing how to apply capping and in defining active farmer status.

But according to Georg Hausler, who heads up agriculture commissioner Dacian Ciolos’ cabinet, such flexibility would create extreme unfairness across different member states.

“We want more fairness, so every farmer gets the same payment per hectare,” he said. “We’re in the final few weeks of negotiations and the European Parliament and Council believe the best way is to leave as much flexibility as possible. But the commission is very hostile to this approach, as it will take away the commonality of the policy, and create a competitiveness problem.”

Speaking at the Devon County Show this week, Mr Hausler said the commission wanted as little gold plating of legislation by member states as possible. “It simply doesn’t work in practice.”

Part of the proposed CAP reform includes a scheme to support young entrants, and commissioner Ciolos was emphatic that these conditions would be mandatory, not voluntary, said Mr Hausler. “We do have strong support for that in parliament, so we hope to persuade the council to follow that in the final negotiations.”

“We’re not getting enough recognition for the greening we’re already doing under the stewardship schemes we’ve got.”
Neil Parish, MP

However, Conservative MP Neil Parish argued that some flexibility was necessary in the implementation of greening in England. “We’re not getting enough recognition for the greening we’re already doing under the stewardship schemes we’ve got,” he said.

Mr Hausler admitted some MEPs didn’t want to recognise England’s stewardship schemes. “But at the commission we think that’s nonsense. There cannot be double funding, but if farmers are already doing something that has the equivalent value to greening, there shouldn’t be any difficulty.”

He emphasised the need to keep the schemes simple, transparent and easy to administer. “Member states have to implement these measures, and they have to be clear so they don’t get penalised. When anything is unclear then there is a lot of risk associated with it.”

NFU president Peter Kendall urged farmers to lobby their local MPs to prevent the modulation of more money away from the single payment and gold plating of new legislation. “We were shafted last time, and we don’t expect to be let down this time,” he said.

“The single payment is there to help us deal with extreme weather and extreme volatility. There is a fantastic future for farming, but we shouldn’t be doing it with a playing field tilted 45 degrees against us – we need the government to help us to compete.”

Public funds should be rewarded with public goods, argued DEFRA farming minister David Heath. “But I want sustainable agriculture and a system that’s clear, transparent and simple to administer. We want a system that doesn’t gold plate, and that’s what I intend to achieve.”