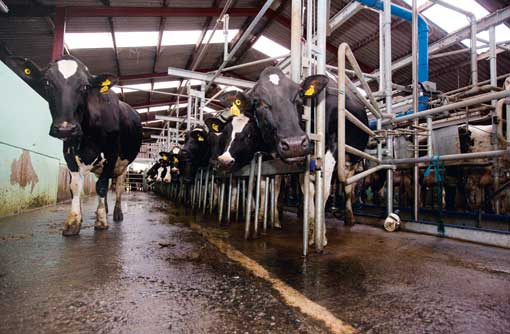 For many farmers who have bought milk quota and who operate as a sole trader or a partnership, the scrapping of milk quotas will give rise to a capital loss.

It is possible to make use of this loss and set it against the tax bill on other gains by making what is known as a negligible-value claim. This crystallises the loss, even though the asset has not been sold or passed on, and makes the loss available to set off against capital gains elsewhere.

However, once such a claim has been made, the loss must be used against the next available gains. In many cases this means it being used against gains that would be taxed at 10% rather than at 28%, reducing the tax efficiency of the loss. So, negligible-value claims should generally only be made when there is likely to be a substantial gain to offset.

While there are incentives to invest and some important tax reliefs available to farming businesses, the government is introducing a General Anti Avoidance Rule (GAAR) into tax legislation.

This and other measures mean that some aspects of farm business structure, including such as use of corporate partners and profit-sharing ratios in family farming businesses, could come under increasing scrutiny.

Capital losses on quota are extinguished on death so one possible use of these losses is for older farmers to transfer assets that have a capital gain in them, and which might be chargeable to inheritance tax (IHT), such as investment properties. This potentially makes use of the capital losses and can solve IHT issues at the same time.

The other substantial change on the horizon is CAP reform, which will bring in a new Basic Payment Scheme (BPS). Existing Single Payment Scheme (SPS) entitlements in England will be rolled over into the new BPS, while Scottish and Welsh farmers will get new entitlements.

Many elements of farm infrastructure investment qualify for AIA

Ensure investments using AIA are best timed for your business

Anyone holding Scottish or Welsh SFP entitlements, which they have purchased personally as a sole trader or partner in a business, will end up with a capital loss when the old entitlements expire at the end of 2014, as they will cease to have any value.

Where entitlements have been bought in, this again offers the opportunity of making a negligible loss claim.

New entitlements, however, bring a new capital asset. For some, either retiring or changing structure may enable the farmer to sell this asset at a gain, utilising the losses created by milk quota to wipe out any taxable gain.

This is potentially an opportunity for farmers to incorporate and trade as a company to create a trading loss on the capital value of the new entitlements – companies can depreciate intangible assets such as milk quota and SFP entitlements and write this off against their profits.

Timing is always key with these transactions to ensure the capital value is at its maximum.

The abolition of milk quotas and the likely reduction in the value of single farm payments will focus efforts on increasing profits. With this as a driver we are seeing many businesses looking to expand their dairy herds.

Investment and expansion can be helped by the Annual Investment Allowance. This provides tax relief at the taxpayer’s marginal rate (the highest rate at which you pay tax) for expenditure on plant and machinery and allows 100% of expenditure up to £250,000 to be offset against income in each of the years to 31 December 2013 and 2014.

Many farmers are taking advantage of AIA to improve farm infrastructure, with new parlours, cow accommodation, silage pits, slurry stores, cow tracks and other investments qualifying for this relief. However timing is crucial – the AIA periods do not align with the tax year and are not likely to match farm year ends, so the correct amount of AIA available needs careful calculation.