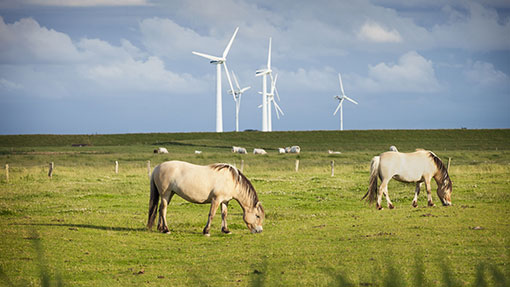 The Conservatives will end subsidies to all onshore wind projects that don’t already have planning permission if they are re-elected in 2015.

Ending speculation from three weeks ago that the Tories planned to limit further onshore wind developments, energy minister Michael Fallon said there was no need for further subsidised onshore wind projects. He said, if re-elected, a Conservative government would also make it easier for local communities to block their construction.

“We now have enough bill payer-funded onshore wind in the pipeline to meet our renewable energy commitments and there’s no requirement for any more,” said Mr Fallon.

“That’s why the next Conservative government will end any additional bill payer subsidy for onshore wind, and give local councils the decisive say on any new wind farms.”

Dr Jonathan Scurlock, chief adviser on renewable energy and climate change at the NFU, said the union was disappointed that ministers in the “greenest government ever” was “allowing the views of a minority to shape the future direction of energy policy”.

“With many farmers and growers enthusiastically installing their own small and medium wind turbines, this kind of pre-election posturing could cast a gloom over their prospects for agricultural diversification and energy independence,” added Dr Scurlock.

James Court, head of public affairs at the Renewable Energy Association described the move as “nakedly political positioning” by the Conservatives, and said that the minister had “lauded the economic potential of shale gas”, while removing support for onshore wind.

“We now have enough bill payer-funded onshore wind in the pipeline to meet our renewable energy commitments and there’s no requirement for any more,”
Michael Fallon, energy minister

“Renewables are delivering today, while any potential benefits from shale gas are still some way off. Renewable energy is attracting investment, creating jobs, cutting costs, improving our energy security and preserving our environment,” said Mr Court.

“We urge the pragmatic wing of the Conservative Party to resist this political game-playing and make their voices heard in the debate.”

While the Conservatives said onshore wind was “one of the oldest renewables and least expensive”, they also said it was unpopular with local communities.

At the beginning of April deputy prime minister and Liberal Democrat leader Nick Clegg allegedly vetoed a proposal from the prime minister and chancellor that, according to reports, would have blocked the development of further onshore wind projects.