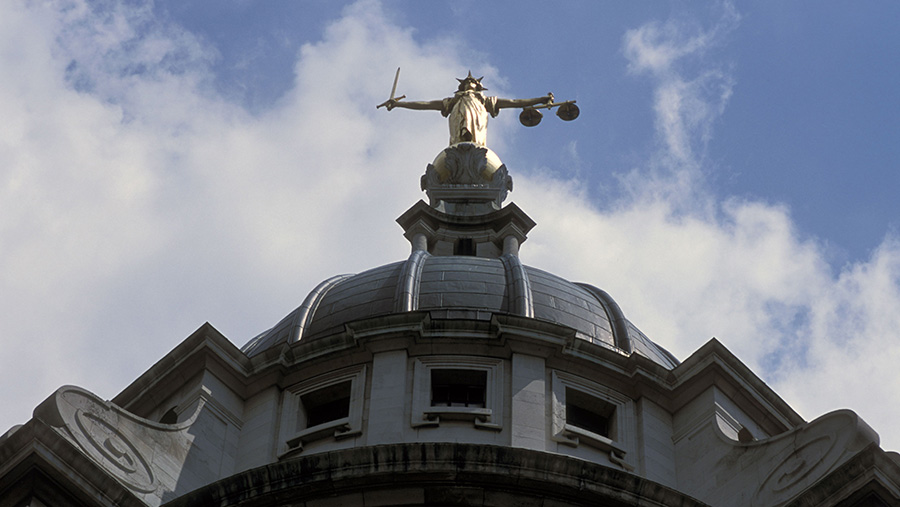 Farmers or farming businesses who are found guilty of breaching health and safety rules face tougher penalties from this month.

They will apply to anyone over 18 who is sentenced from 1 February.

Phil Cookson, partner at agricultural law firm Roythornes Solicitors, said the new sentencing guidelines put the bar much higher when it came to fines for health and safety offences.

Fines of up to £450,000 can now be applied to companies with a turnover of up to £2m who are found to have breached the Health and Safety at Work Act 1974.

Big businesses with a turnover in excess of £50m could face fines of up to £10m.

Individuals found guilty of breaching the law, face unlimited fines or the possibility of a two-year prison sentence.

“We can expect to see some small farm businesses hit really hard if they end up on the wrong end of an health and safety prosecution”
Phil Cookson, Roythornes Solicitors

Until now, there has been limited guidance for judges and magistrates in dealing with what can be complex and serious offences that do not come before the courts as frequently as some other criminal offences.

Custodial sentences were only available in certain circumstances and fines in the lower courts were limited to £20,000.

“We can expect to see some small farm businesses hit really hard if they end up on the wrong end of an health and safety prosecution,” said Mr Cookson.

“Everyone in the industry wants to see farmers’ health and safety record take a turn for the better, for obvious reasons.

“These new fine ranges should act as a wake-up call; the days of businesses cost-cutting on health and safety thinking fines will be manageable are a thing of the past.”

According to the Health and Safety Executive, in the past 10 years, almost one person a week has been killed as a direct result of agricultural work.

While not all deaths or serious injuries on farm are as a result of breaches in health and safety regulations several are.

For example, smaller businesses found to have breached food hygiene regulations will now face fines of up to £120,000.

As a general rule courts must following the guidelines when sentencing.

The level of fines for breaches depend on the level of culpability (low, medium, high, very high), the risk of harm and the level of potential harm, and the turnover of the offending business.

A farmworker is seriously injured when caught under a reversing trailer in the yard.

The business is found guilty of an offence under section 2(1) of the Health and Safety at Work Act, which requires an employer to ensure, so far as is reasonably practicable, the health, safety and welfare of all its employees, for failing to carry out a risk assessment or devise a safe procedure for reversing vehicles where vision is restricted.

The risk of harm is found to be high, and the level of harm was found to be the highest (death or serious impairment resulting in lifelong dependence on third-party care).

The level of culpability is established as being high because the business had failed to make changes following an earlier safety incident and had ignored concerns raised by the foreman.

The business could be fined between £150,000-£350,000, with £250,000 as the starting point before other factors (mitigating for example, the business generally had a good health and safety record, or aggravating, such as the existence of recent convictions).