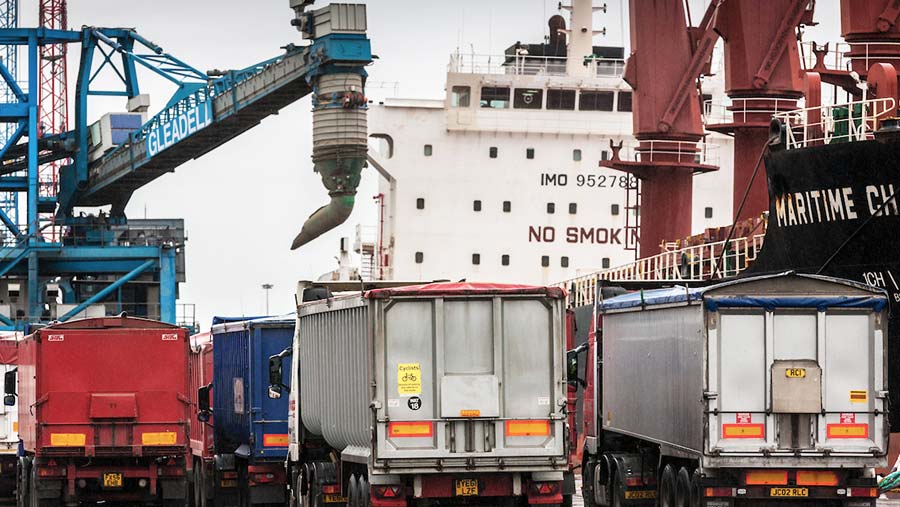 Leaving the European Single Market will expose UK agriculture to all manner of non-tariff barriers to trade, pushing up the cost of doing business – with or without a free-trade deal.

Addressing the recent Egg and Poultry Industry Conference in South Wales on Monday (30 October), independent economist Sean Rickard, explained that existing free-trade agreements between the EU and other partners only covered tariffs.

See also: What are the prospects for the UK meat industry post-Brexit?

“You can move tariffs to zero in a free-trade agreement, but you can’t remove the non-tariff barriers, so you still have to have customs checks and all the extra administration for companies that wish to trade,” he explained.

“Even if we negotiate zero tariffs with Brussels, we’re still going to suffer all these trade blockages.”

But the prospects of having no trade deal at all were even worse, said Mr Rickard.

The potential impact could be seen at the Port of Dover, he explained. “Dover handles over a million vehicles every year. The average time of a lorry that has goods from the EU to clear customs is two minutes.

“But the average time for a lorry that has come from somewhere like Ukraine is 45 minutes. That implies we will either need huge lorry parks somewhere or motorways backed up to the M25.”

Mr Rickard believed the chances of getting “no deal” from the Brexit negotiations were slim – primarily because parliament would have a vote and would not accept the kind of chaos that would ensue.

But he predicted a far longer transition period to negotiate a free-trade deal than the two years prime minister Theresa May was talking about.

“The world has never got anywhere near negotiating anything even half as complicated as what the government is talking about in less than about five or seven years,” he said.

During that time, not much would change in the way the food industry carried out its business – but the UK would not have a vote or say about any of the rules.

Worse still, all the uncertainty affecting business confidence and investment would remain.

But walking away and applying WTO tariffs was unlikely, he believed, as that in itself involved protracted negotiations with WTO partners and there were complex issues like the allocation of Tariff Rate Quotas (TRQs) to agree.

The US reaction to recent plans for the EU and UK to divide up existing TRQs showed just how heated these debates would come, with other countries demanding additional access for their products.

Mr Rickard also predicted that the US would insist on full access for its hormone-treated beef and chlorine-washed chicken under any free-trade deal with Washington.