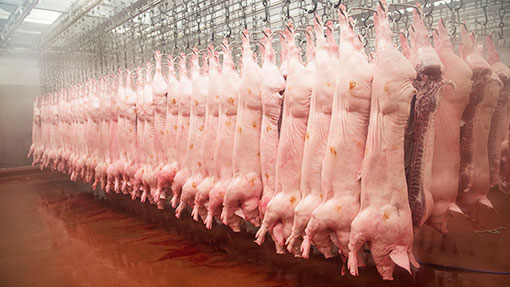 EU pig prices continued to strengthen in May, and UK prices are following suit, with the EU-spec DAPP up by 0.03p/kg in the week to 7 June, to 164.53p/kg.

That was 1.9p/kg higher than in mid-March, but still 7.6p/kg below the peak reached in October last year.

“Given some improvement in the weather conditions across most of the Continent, there were some indications that barbeque season had started. Ongoing good Asian demand also supported the market.”

In the first quarter of 2014, Irish pork exports performed strongly, rising by 15% on the year, to 33,500t, added the report. About 60% of sales were destined for the EU, although non-EU markets were growing strongly.

“Shipments to the UK rose by 4% year on year, to 10,900t.” Live pig exports amounted to 129,300 head in the first quarter, almost all of which were shipped across to Northern Ireland.