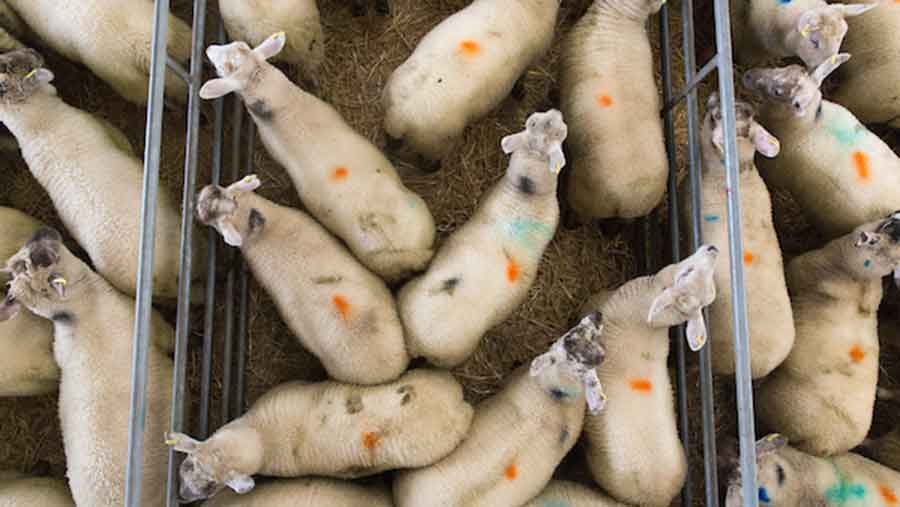 UK deadweight lamb prices have continued to climb, making substantial gains in the week ending 27 May.

This took the deadweight sheep total average price to 69p/kg above the level seen 12 months ago, an increase of 16.1% and the largest the gap has been for 10 months, according to the levy board.

Rising demand for lamb has pushed prices towards the £5/kg mark, largely driven by the dwindling numbers of hoggets still available.

Estimated slaughter numbers continued to lose ground on last year at 195,300, 13% down on the same week 12 months ago.

In the meantime, liveweight lamb prices moved in the opposite direction in the week ending 31 May, bringing four consecutive weeks of rises to an end.

Despite the falls, prices remained 4.7% and 8.9% up compared with the first week of May, for old and new season lamb respectively.

Total numbers coming through markets were 19% down on the previous week to 99,600.

The lack of available hoggets and many spring lambs needing further finishing were drivers of this decrease according to the levy board.

Strong farmgate prices have coincided with a positive outlook for UK lamb exports.

UK lamb prices achieved virtual parity with Irish product this spring, on the back of further falls in the value of the pound alongside challenging conditions for Irish producers, said AHDB Beef & Lamb.

The UK lamb competes with its Irish counterparts over a number of key European markets, and the vast reduction in the traditional premium of UK product has made it an attractive prospect.

The levy board said the two prices have not been in a comparable position for almost a decade.

However, AHDB Beef & Lamb predicts UK lamb exports will see only modest increases export volumes across the remainder of 2017.