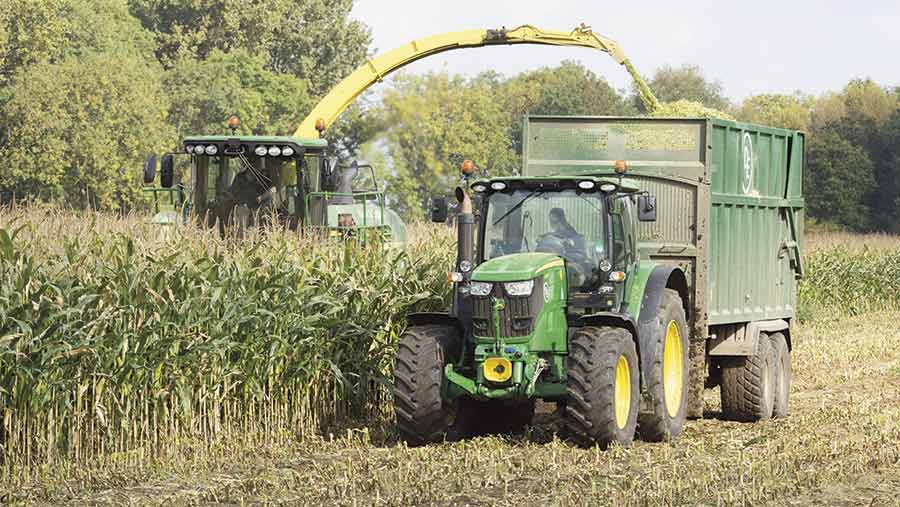 Improving UK farming’s productivity has become “one of the biggest challenges of our age”, with a step-change needed both to stay competitive post-Brexit and to raise environmental standards.

According to the AHDB’s latest Horizon report – to be launched at today’s (3 January) Oxford Farming Conference – the UK is falling significantly behind its major competitors in terms of productivity.

Pace-setters such as the USA and the Netherlands are raising their agricultural productivity three times faster than the UK, says the report.

While the UK has been limping along at 0.9% annual productivity growth, these other two countries have achieved growth rates of 3.2% and 3.5% respectively.

Productivity is the rate at which we convert inputs such as labour, land and water, into outputs. Higher levels of productivity are the result of producing more output from less input.

According to the report, two major factors are holding the UK back.

The first is the fact that, even though spending on research and development is quite healthy, at £490m, it is heavily skewed towards “blue sky” rather than “near market” research, and is too fragmented.

The second is a lack of skills, with British farmers and growers underinvesting in their skills base, compared with other countries.

To remedy this, the AHDB is calling for a “revolution in agricultural productivity”, and has laid out a five-point plan, based on a new collaborative approach (see panel below).

Writing in the foreword to the report, AHDB chief strategy officer Tom Hind is optimistic that, if industry, academia and training providers join forces, productivity growth can be achieved.

“This is of critical importance for two fundamental reasons,” he says. “Firstly, productivity plays a significant part in our industry’s overall competitiveness, which is critical if we want to operate in increasingly globalised markets.

The second reason is that productivity is also a key driver in overcoming environmental challenges.

According to the report, techniques that are associated with productivity growth, such as precision farming and soil management, also benefit the environment.

The AHDB Horizon report “Driving productivity growth together” will be launched at an Oxford Farming Conference fringe event at 3.15pm on Wednesday 3 January.