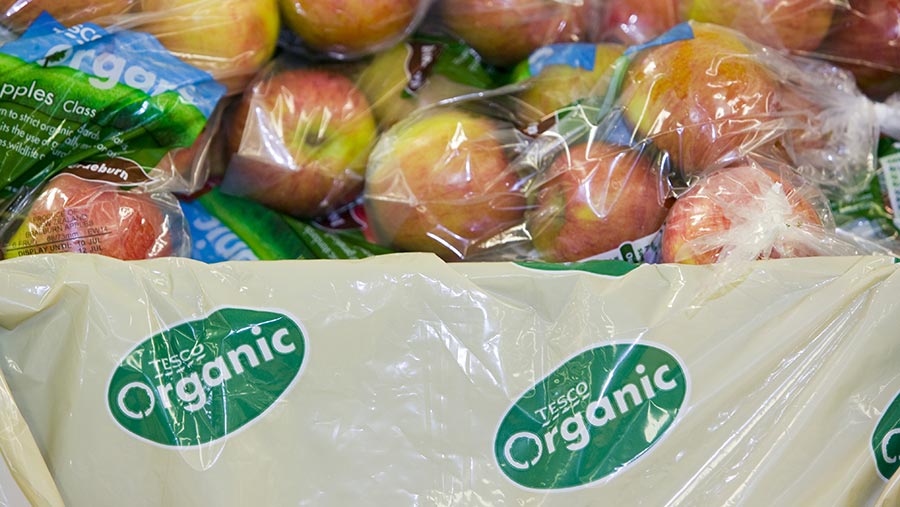 The fastest-growing sector was beer, wine and spirit sales, but chilled food and deli item sales, along with canned and packaged groceries, also rose significantly. However, the meat, fish, poultry and dairy categories all fell slightly.

Chilled convenience products, including tofu and fresh vegetarian products, grew by more than 25%.

The EU organic area rose 25% in 2012-17, to 12.6m hectares or 7% of the total farmed area, according to statistics released by official EU body Eurostat.

Austria has the largest proportion of organic land, at 23.4%, followed by Estonia at 19.6%.

Statistics for land area and producer numbers lag behind the grocery market figures by a year and so reflect the position at the end of 2017, when the area of land under conversion jumped by more than 29% to 32,600ha in a year, according to Defra.

The UK’s total organic market, which includes beauty and textile products, is now worth £2.33bn after a 5.3% growth in sales in 2018, which is well ahead of the non-organic market.

Fresh fruit, salad and vegetable sales rose by about £15m during 2018, with the number of producers of fresh produce also rising.

Organic sales into the food service sector – food prepared outside the home and including institutions such as hospitals – grew by almost 8% to £90.9m in 2018, despite public spending cuts.

More than one in three new applications to become Soil Association Certification-certified producers in the 2017-18 financial year came from people wanting to produce organic fruit and vegetables, while the number of organic layer birds rose 8.5% to 3 million in 2017.

More than 80% of organic livestock feed is imported, so there continues to be great scope for replacing this with home-grown feed materials.

The premiums for organic arable crops are between 50% and 100% of the conventional prices, says the Soil Association, which also highlights the UK’s organic protein deficit as an opportunity for both the animal feed and human consumption markets.

“UK organic has a great reputation on a global scale, so securing the right trade deals post-Brexit could bring huge export potential for organic produce.

“As more shoppers turn to organic produce at home and abroad, we’re lobbying hard for government to include organic and agroecological approaches to farming in future legislation.”