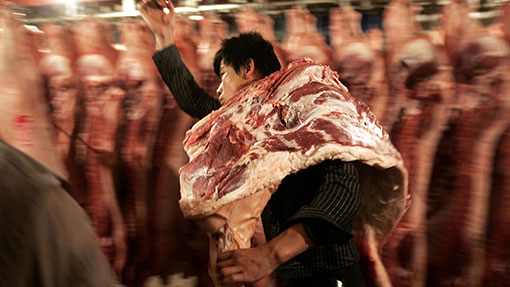 British pork exports in March were the best for a single month in 16 years.

Just under 18,200t was shipped from the UK to 30 countries, 13% more than the same time a year earlier and the highest monthly figure since 1998.

Exports to China and Hong Kong also hit 5,000t for the first time, while the 2,600t of offal shipped was the best total ever.

“The exports to China are a massive figure bearing in mind that market has not been open to us for every long,” he said.

“We are benefiting from a favourable market but the commitment of British exporters has been exemplary.

“For instance, six exporters attended a very busy [food show] in Shanghai this week and we are back next month to Beijing.”

“The exports to China are a massive figure bearing in mind that market has not been open to us for every long.”
Jean-Pierre Garnier, BPEX export manager

“Exports are definitely making a major contribution to the renewed health of the sector,” he said.

Throughputs totalled 158,800 head the week before, 3% lower than a year earlier.