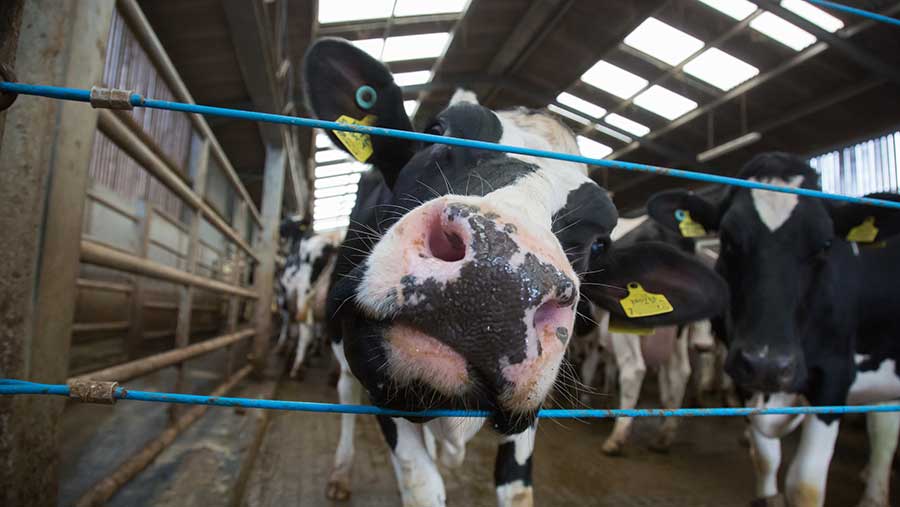 Dairy commodity prices and market indicators saw some substantial increases in the second half of May, heaping further pressure on processors to reverse declining farmgate prices.

The rises saw many wholesale values move to more than double their equivalent levels in 2016, largely driven by a smaller than forecast flush in Europe, a lack of available stocks and a further weakening of sterling, according to AHDB Dairy.

At £4,300/t, butter hit its highest average price since the levy board began recording prices in July 2000. This was 15.4% up on April’s values and 112% higher than the same month a year earlier.

AHDB Dairy added that such was the range of spot market prices for butter and cream across the month that some values climbed as high as £4,800/t and £2,200/t, respectively.

Skim milk powder (SMP) distanced itself further from intervention prices, rising 3.3% on the  month to average £1,550/t, 24% higher than a year ago, despite burgeoning EU stocks.

Prices rose through May, starting at £1,450/t and ending the month at £1,650/t, weakening the case for SMP being used as the scapegoat for declining farmgate prices.

AMPE and MCVE track butter and milk powder and cheese and whey values respectively and indicate what these commodities are worth to processors after processing but before transport costs.

Increasing mild cheddar, whey and whey butter prices resulted in a 1.5p/litre (5%) jump for MCVE while the value of butter and SMP led to a 3.3p/litre (11.9%) AMPE rise compared with the month before, according to AHDB Dairy.

The high global commodity prices will pressure processors to reverse a recent swathe of milk price cuts and holds for May and June.

Current farmgate prices will be causing bewilderment and frustration, according to dairy market expert, Chris Walkland. “Producers will be bewildered because prices have gone down and frustrated at how the market is working.”

Mr Walkland said there is an element of “ring a ring o’roses” pricing among some processors – when one price falls, they all seem to follow suit.

“Arla is viewed as setting the price in the UK market. In a letter to producers, Grahams made no feeble excuses and said it was dropping prices because others have.”

The likes of Barbers and Wyke were bucking this trend, he said.

Taking the lag in the market into consideration, Mr Walkland predicts increased returns should start to be realised at the farmgate by July. If not, there will be serious questions to ask of processors.

“For farmers to recoup all of the money lost during the downturn in the same time they lost it, the farmgate milk price would have to be 35p/litre for the next two years.

“Unfortunately this is not going to happen. But, taking account of all last week’s [ending 26 May] data: GDT and the futures market, prices should be pushing back up towards 29-30p/litre by August, if current commodity prices are sustained.”