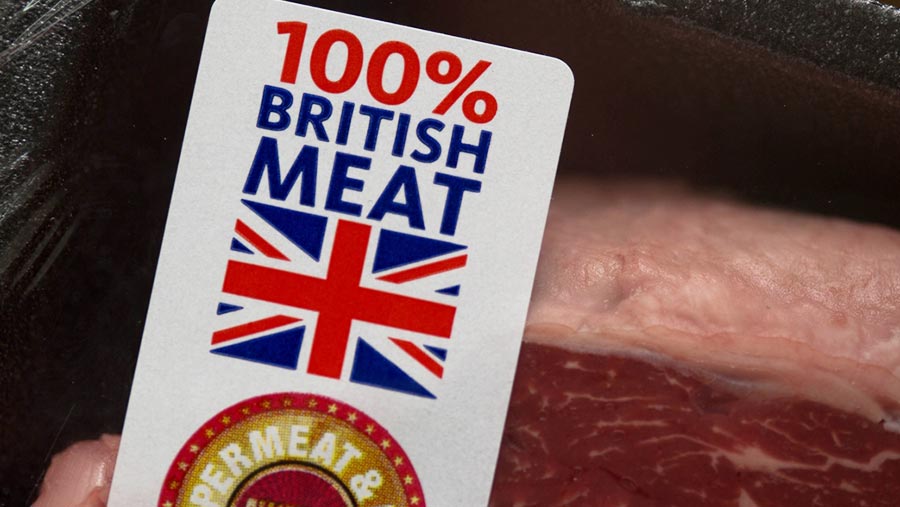 British farmers have crept closer to selling beef and lamb to American shoppers, after talks between the two country’s farm ministers took place in Washington.

US farm secretary Tom Vilsack has promised to “study rapidly” 1,000 pages detailing the safety and quality of British beef and lamb. That is the stage before he draws up a timetable of inspections for UK abattoirs.

Defra secretary Liz Truss met her counterpart Mr Vilsack on Thursday (21 April), as part of trade trip to the US promoting British food and drink.

Politicians have been touting the prospects for red meat sales across the Atlantic since the US lifted a 15-year ban on EU imports in November 2013.

But progress has been slow for individual countries. The ban on EU lamb is expected to end in early 2017.

AHDB has predicted UK beef and lamb exports to the US could be worth up to £60m/year.

“I want to see British burgers, steaks and lamb chops on American tables,” she said. “[These] positive talks mean our farmers are a step closer to providing their world-class beef and lamb to 300 million Americans.”

Irish exports to US

The UK had hoped to become the second European country to restart beef shipments to the US, after Ireland gained access in January 2015.

At the time, the government said another round of abattoir inspections were planned that spring. That would mean British farmers could have the same clearance as their Irish neighbours by the end of 2015.

AHDB Beef & Lamb has run a series of audits, along USDA lines, to help meat processors understand the depth of detail they would need to give inspectors if they wanted export approval.

British meat imports would likely be competing in the low-volume but high-value trade into the US.

The red meat discussions are separate from TTIP, the free-trade deal currently being thrashed out between the EU and the US.

NFU livestock board chairman Charles Sercombe said the government, the AHDB and processors should give farmers wanting to sell to the US as much help as they needed.

“Timetables need to be as short as possible,” he said. “Let’s not let a lack of ambition or government support hold this up.

“We know we have a great product and story to tell and that our grass-fed beef and lamb is up there with the best in the world.”