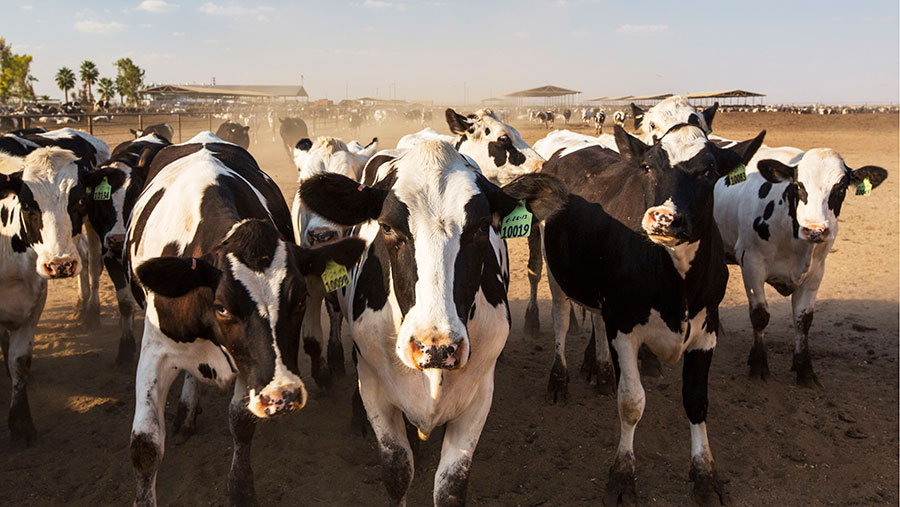 American dairy products with almost twice the currently permitted somatic cell counts could hit UK supermarket shelves as part of a free-trade deal with the US.

The US dairy lobby wants president Donald Trump to push for a relaxation of current standards when the UK falls outside of European Union rules after Brexit, according to the i newspaper, in conjunction with Greenpeace’s investigative journalism arm, Unearthed.

Negotiations between the president and influential US dairy organisations such as the Dairy Farmers of America could put Defra secretary Michael Gove at loggerheads with the man responsible for the UK side of a potential deal, international trade secretary Liam Fox.

Last July, Mr Gove said the UK’s future did not lie in a pile-it-high, sell-it-cheap race to the bottom, and confirmed in a speech last week at the NFU conference that farmers would be incentivised for maintaining and increasing the UK’s already world-leading food production standards.

Last November, Mr Fox said the UK public would not accept lower animal welfare standards, having previously stated he was open to scrapping regulations that could also allow the importing of US chlorinated chicken and hormone-treated beef.

Under current regulations, US milk is allowed to have almost double the somatic cell counts of its EU counterparts, at 750,000 cells/ml compared with just 400,000 cells/ml in the EU.

Products made from milk with higher somatic cell counts have a shorter shelf life and lower nutritional value.

US products are also tested further down the food chain than is required by EU standards, where milk must be tested at farm level.

Ms Morris added, “If the UK is comfortable focusing on its goals and advancing UK views and priorities, I think there is a lot more opportunity for making progress than if the UK is simply rubber-stamping everything the EU has in place from a regulatory standpoint… I think that would make things much more challenging.”

The Milk Producers Federation stated in August 2010 that there was a complete lack of scientific or trade justification for the existing European standards regarding somatic cell counts.

Rapidly increasing imports of US dairy products to the UK are an indicator of American intent to push its products across the Atlantic, with 16% of total UK imports of dairy coming from America last year.

“It is an absolute priority for the NFU that the government does not conclude international trade deals that reduce the standards expected by consumers and leads to British farmers being undercut,” said Gail Soutar, NFU chief EU exit and international trade adviser.

Ms Soutar added that Mr Gove’s recent comments, including at the NFU conference in February, indicated the UK government would not sign deals that would lead to a lowering of standards.

“UK trade in agricultural goods is dominated by trade with the EU, so maintaining access to EU markets that is as free and frictionless as possible is a priority.

“Ensuring that the UK continues to meet the EU’s food safety standards will be essential if such an agreement is to be reached.

“Only when the long-term UK-EU relationship is agreed and clearly defined should the government begin to engage in formal trade negotiations with third countries,” added Ms Soutar.