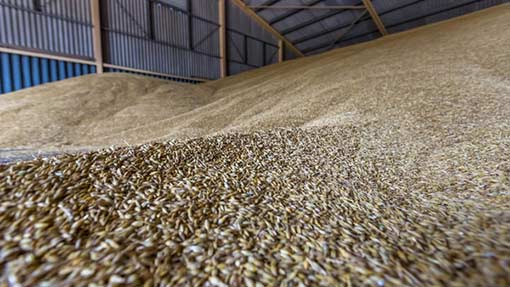 Worsening drought has pushed US wheat prices to a one year high as the condition of crops deteriorates.

The most recent crop reports rate just 31% of the wheat crop as good to excellent compared with 33 % last week. The crop is under threat from both drought and heat, with more than half of the wheat area in drought, according to the US Department of Agriculture’s latest report, dated 29 April.

The proportion in exceptional, severe or intense drought has risen for nine consecutive weeks.

The UK market has moved relatively little over the past few days in reaction to the US news, with a strong sterling insulating trade here from the knock-on effect of US market movements. UK wheat is uncompetitive on export markets and in general European wheat crops look good.

“At the moment the situation in the US is dominating events but Chicago is a bit of an island,” said Gleadell’s Jonathan Lane. Canadian wheat stocks, at more than 17m tonnes, are 6m tonnes higher than a year ago, balancing the US outlook somewhat.

“There’s plenty of wheat about.”

Frontier Agriculture pointed out that even with this year’s crop issues, the US hard winter crop is expected to be larger than last year’s production.

Meanwhile in Russia, spring drilling is ahead of last year and good progress was being made in Ukraine, said analyst Agritel.

The US corn crop is going in only slowly, with 29% of the area drilled by 4 May compared with the 42% five-year average. About 26% of the corn area is in drought.