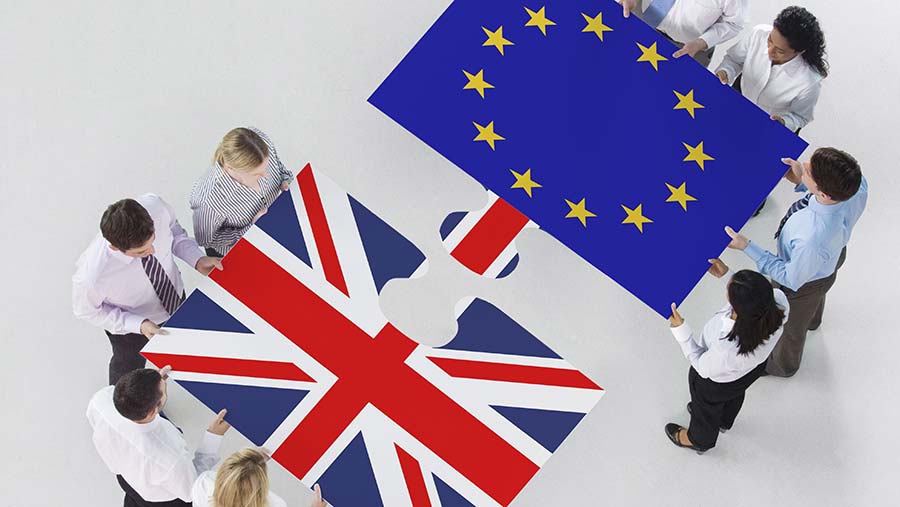 The US is leading a coalition of countries demanding increased access to agricultural markets in both Britain and Europe after the UK leaves the EU.

In a letter sent to EU and UK diplomats at the World Trade Organization (WTO) in Geneva, the group of seven major exporter countries explicitly rejected the idea that existing EU tariff rate quotas (TRQs) – such as the quotas to import New Zealand butter or sheepmeat – could simply be divided up between the UK and the EU-27 post-Brexit.

An agreement to split the TRQs based on trade flows in recent years has formed the basis of an emerging consensus between the UK and Brussels over the methodology to be used for re-allocating the quotas.

However, this approach is seen as inadequate by Argentina, Brazil, Canada, New Zealand, Thailand, the US and Uruguay – all of whom are major beneficiaries of existing EU TRQs.

“We would like to record that such an outcome would not be consistent with the principle of leaving other World Trade Organization members no worse off, nor fully honour the existing TRQ access commitments,” the letter said. “Thus we cannot accept such an agreement.”

The exporting countries argue that simply splitting existing quotas between the two sides will leave them worse off because once Britain has left the EU customs union, they will no longer be able to move goods freely between the UK and the Continent after they have been landed in Europe.

The fact that the US is among the signatories of the letter has been seized on by some analysts as evidence that hopes of a rapid trade deal between Britain and America after Brexit may be misplaced.

Meanwhile, the gulf between the two methodological approaches will need to be resolved in multilateral negotiations which will get under way in Geneva on 16 October. These talks will probably take many months to conclude.