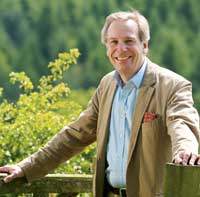 A vibrant agricultural sector is vital to attract new blood into the industry, newly-elected landowners’ leader William Worsley has warned.

Mr Worsley, a Yorkshire farmer and businessman, was elected president of the Country Land and Business Association on Thursday (12 November). He was previously deputy president of the 36,000-strong organisation.

“The best way of ensuring that people want to join the industry is a profitable and vibrant agricultural sector,” said Mr Worsley.

“Younger members are important and engaging with a younger audience will be a key part of my presidency. We are planning to launch a young CLA membership category next year – it’s vital for organisations like us to engage with the next generation.”

Mr Worsley’s comments follow forecasts that farming needs 60,000 new entrants over the next decade. The average farmer is 55 years old and half do not have a successor, according to LANTRA, the sector skills council for the land-based industries.

A fellow of the Royal Institution of Chartered Surveyors, Mr Worsley lives at Hovingham, North Yorkshire. He runs a family business involving farming, forestry and residential and commercial property.

“I feel passionately about the countryside and the rural economy,” he said. “During my presidency, the CLA will be a courageous campaigning organisation fighting vigorously for the good of the countryside.”

After attending the Royal Agricultural College at Cirencester, Mr Worsley qualified as a rural chartered surveyor, practising as a land agent and running his own property development business, before taking over the family business.

He is a former chairman of the Howardian Hills Area of Outstanding Natural Beauty Joint Advisory Committee and a former member of the North York Moors National Park Authority and the Forestry Commission’s advisory panel.