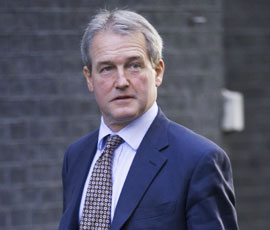 Tea is among the products Britain could be exporting to China following a UK trade mission to Shanghai.

DEFRA secretary Owen Paterson is spearheading the biggest ever food trade delegation to China to start filling a £1bn hole in the British economy.

He is meeting dairy companies, trade associations, industry experts and retailers in Shanghai to begin developing trade with the world’s biggest grocery market.

Mr Paterson will also be strongly promoting products such as tea, desserts, beer, meat, and confectionery produced by British companies.

“From chocolate to cheddar, China’s population is getting a taste for dairy, and Britain’s world-class food industry can supply that demand,” he said.

“I’ll be helping British businesses grab the opportunity with both hands, helping our country compete and thrive in the global race.”

China’s dairy consumption is increasing because of changing lifestyles and diet, and there is a window of opportunity while domestic production cannot meet this demand.

The UK had room to significantly expand production while other EU countries were restricted by milk quotas until 2015, Mr Paterson said.