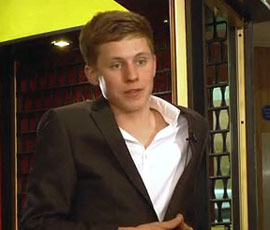 Starting a farm business from scratch is a big ask but for 22 year old first generation sheep farmer, Gareth Barlow success came through an unusual route.

He now grazes 700 sheep on 120 acres of rented land in Yorkshire, butchers and sells his lamb to Michelin star restaurants in London and has appeared on the BBC’s primetime television show, Countryfile.

Gareth’s business journey is one for any young entrepreneur to envy and at the Farmers Apprentice bootcamp last year he shared his story with 10 fellow farmers of the future.