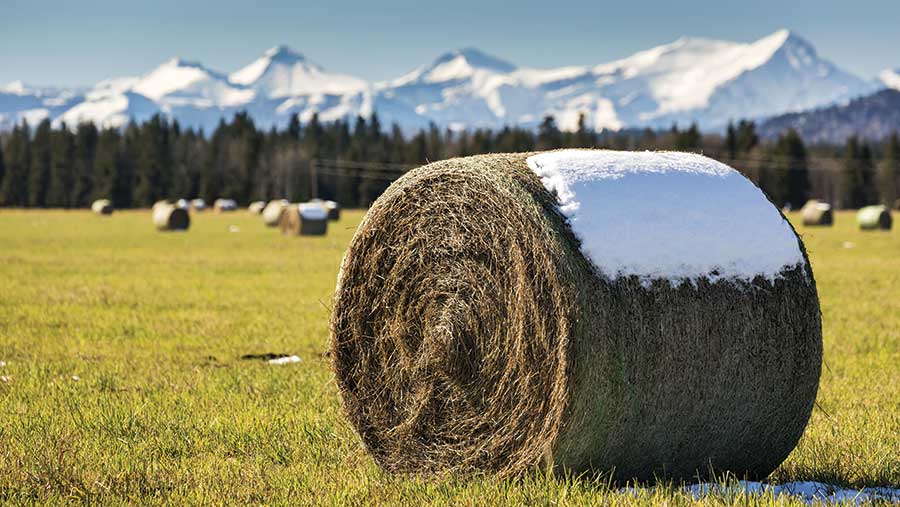 Canada still has some untouched frontiers for bold farmers looking for cheap land, as well as a supportive government and a lower cost of living. We look at the opportunity.

Hundreds of farmers left Britain for Canada in the late 1990s and early 2000s as the BSE and foot-and-mouth crises rocked UK agriculture. Since then, sharp rises in Canadian land prices and soaring dairy quota costs have slowed the influx of British farmers to a trickle.

However, there are still ways to find a foothold in the country and make a decent living, says Jason Bent, director of policy research at the Ontario Federation of Agriculture.

One such avenue for farmers with a pioneering spirit, says Mr Bent, is to establish large units in some northern areas, such as northern Ontario, where the provincial government is promoting the resettlement of a large belt of about 1m acres of clay land.

“The area has production potential and has been farmed in the past but has since been left to return to wilderness,” says Mr Bent.

He estimates the land value to be as low as $1,000/acre (£582/acre), although there is little infrastructure, a short growing season between harsh winters and a tiny population.

“It is one of the last frontier areas where there is an opportunity to settle although, as we say in Canada, it’s a place where you don’t get to choose your friends,” Mr Bent says.

“Providing farmers do their homework and appreciate the differences involved between Canadian and UK farming, it is still possible to make a successful switch,” says Mr Bent.

While Canada is a single country with a federal government, it is made up of 10 provinces and three large territories, which have a high degree of autonomy in policy and strategy, he says.

Therefore, interested farmers should consider the rules in each province and never assume that what is true in one, is true in another.

Weather and land characteristics are also diverse and distances between population centres can be large. Even within a single province the conditions can vary enormously, says Mr Bent.

For example, in the central eastern province of Ontario, the majority of the population and prime arable land is located in the South, where competition means prices are at a premium of around $15,000/acre (£8,750/acre).

In contrast, the larger, northern part of Ontario is sparsely populated, with cold winters and heavy forestation.

“The distances are huge and it can be a seven-hour round-trip to the nearest vet. The sheer scale of some arable operations requires a different mindset.

“Arable yields are lower where soils are poorer quality in the western provinces, and the operation may have to extend to thousands of acres to be profitable,” says Mr Maynard.

Growing conditions are different, with a short season between May and October. The winters are long and the onset of spring is rapid because the temperature and day lengths swing very quickly and can catch out unsuspecting farmers.

It means operations are intense and require a lot of large machinery and equipment, he explains.

Set-up costs can be high

Certain areas and industries have higher setup costs that prospective buyers should be aware of.

Land values have risen by 10% a year over the past decade and more productive arable areas now often match values in the UK, meaning there has been a consolidation of land into fewer hands, with competition from large companies and investors.

The dairy sector is also tougher to break into, with expensive and limited quotas making it almost impossible for start-up businesses, Mr Maynard warns.

This means, to set up a 100-cow unit, farmers would need to invest $2.5m (£1.48m) before purchasing land, accommodation, cattle and machinery.

Beef and sheep are potential openings for newcomers. However, uncertainty, driven by US president Donald Trump’s threat to renegotiate the North American Free Trade Agreement is causing beef prices to fluctuate.

“The US is our main market and competitor and as Donald Trump is ramping up the pressure to renegotiate Nafta, it is a worrying time for beef producers. Many are looking at cropping where possible,” Mr Maynard says.

Canadian farmers benefit from federal and provincial government support in the form of insurance schemes, contingency funds and interest-free loans.

The most popular programme is Agri-Insurance, where the government pays half the premium to protect against incidents such as poor crop yields or low prices. Payouts are triggered under the policy when yields fall below 80% of the historical level for an individual farm.

Further protection against income loss comes from the Agri-Recovery programme, which is a government-backed disaster relief programme paying up to 70% of income losses in emergency situations.

Some provinces also take part in the Agri-Invest Programme – a contingency fund match-funded by the federal government and local administration. For every dollar the farmer puts in – up to $15,000/year (£8,881.50) – $2 (£1.18) is added to provide a growing pot of money for a rainy day.

New businesses can also secure short-term, interest-free loans, which can be taken out to cover times when cashflow has slowed –  to pay bills while crops are in storage, for example.

For young entrants, some provinces provide one-off, start-up payments of up to $40,000 (£23,684). This is dependent on qualifications and experience so, for example, a farmer’s daughter who completes an agricultural degree should obtain the maximum allowable funding.

Further help for entrants is also available through government-guaranteed loans to encourage banks to lend to new starters. The federal government underwrites the risk for the first five years of production, picking up the bill if anyone defaults. 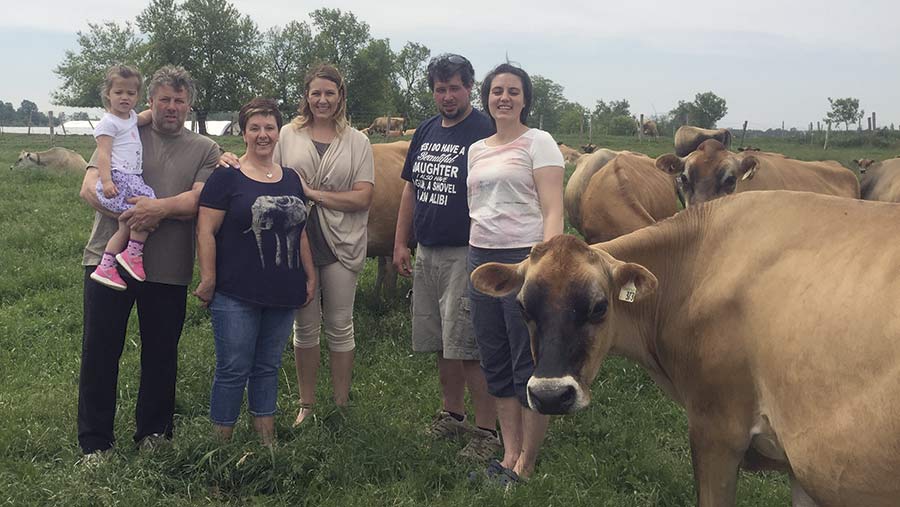 Dairy farmer’s daughter Katie Cheesmond emigrated from County Durham to Canada with her parents in 2002 and endured a tough start to life abroad, but the move has eventually paid off.

“My parents and grandparents farmed in partnership and had steadily improved the 130-cow herd by importing embryos and live Canadian Holstein cattle,” says Ms Cheesmond.

“When my brother wanted to work on the farm it meant five people were trying to eke a living from the dairy herd and there was not enough profit in the herd to support us all,” she says.

At 19 years old, Katie was the first to head for Canada to take possession of the farm, with the rest of the family joining her in 2002.

The family needed a lender to help buy cows as they had no credit history in Canada. The banks were initially negative, which caused a panic, until a chance meeting with the Royal Bank of Canada at a local Holstein event changed their fortunes.

With a letter of reference from their bank in the UK, a loan was secured to buy cattle and quota.

“It was a difficult time as we had moved from a well-regarded, purebred herd in the UK to only being able to afford 36 commercial Holsteins.

“We then decided to look at Jerseys, which were a fraction of the price at just $400 a cow [£236 a cow] and graded as multiple excellence.”

Ms Cheesmond says it is important to look beyond the basic exchange rate to see how valuable the milk price is compared with the cheaper cost of living in Canada.

“In Canada 1.5 litres of milk is the equivalent of a litre of gas. In the UK petrol costs four-and-a-half to five times the milk price, so we get paid far more favourably,” she says.

With a herd of about 60 milking cows the farm now supports Katie’s father and brother. Typically with many Canadian farm businesses, both their spouses work off the farm to bring in additional income.

What you can get for your money

Each province and territory has its own immigration programme known as a “stream”, which prioritises certain groups of immigrants who have the target education, skills or work experience.

Since 1 January 2015, Canada has launched an Express Entry Programme to streamline the immigration process. The point-based system is administered through provinces and territories to assess applications for permanent residence.

Applications are made online and the first step is to complete a profile, detailing skills, experience, education and language ability.

Those achieving the highest scores will be invited to apply for permanent residence.

If no invitation is made within 12 months, candidates will have to resubmit details to the system.