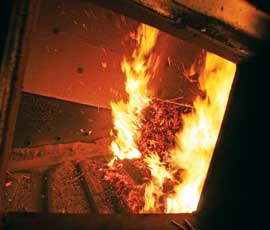 The first phase of the long-awaited Renewable Heat Incentive has finally opened for applications today (28 November).

The £860m government scheme, which encourages the generation of renewable heat, was due to go live on 30 September but was delayed at the last minute while the Department of Energy & Climate Change resolved issues with the scheme’s compatibility with EU state aid rules.

DECC said these problems had been sorted out and the scheme was open to applicants from the non-domestic sector, which includes small businesses, industry, schools and district heating schemes (one boiler serving multiple properties).

Ofgem is administering applications for the RHI, which provides long-term payments for technologies including biomass boilers, solar thermal and ground-source heat pumps installed since 15 July 2009.

NFU chief renewable energy and climate change adviser Jonathan Scurlock said farmers who had been feeling very discouraged by the delays would be pleased the scheme was finally getting off the ground.

“The RHI was intended to stimulate the market for renewable heating, but previous hold-ups and lack of detailed information had resulted in potential customers putting off important buying decisions, while investor confidence has been dented.”

That was echoed by Andrew Watkin from Carter Jonas. “Given the recent climate of uncertainty that has surrounded renewable energy schemes such as the Feed-in Tariff, it’s reassuring to see the RHI scheme coming on-stream.

“We have been concerned over delays to the RHI introduction but the scheme presents a significant opportunity for business and eligible premises to generate income from their non-core activity and we hope that investor confidence will now be buoyant so that the sector can move forward positively.”

The RHI could be of particular benefit to those in rural areas with a limited choice of heating fuels.

“As with all funding support schemes this is a complicated area, but if you are not on the gas network and using electric, LPG or oil for your heat, the RHI can transform the way in which you make your heating choices,” said Rebecca Seaman, of Fisher German.

Tariffs had been calculated to provide a return on the additional capital invested of about 12%, which made it an excellent opportunity for farmers and landowners, she said.

Tariffs were set for most renewable heat technologies, however “tiered” tariffs had been introduced for small and medium-scale biomass. A higher tier 1 tariff would be paid for the initial proportion of heat generation, reducing to a lower tier 2 tariff when generation exceeded the “Tier Break”, she explained (see example below). The tier break is calculated by multiplying the installed capacity (kWth) by 1,314 peak load hours.

“We urge farmers to consider how the RHI can support their choices for a low-carbon and lower-cost future.”

Farmer using a 900kW biomass boiler to provide the base load heat for more than 13,000sq m of broiler housing:

• Payments vary depending on size and type of technology – eligible technologies include biomass, ground and water-source heat pumps, solar thermal, and biomethane

• Heat must be used for eligible purposes

• RHI is administered by Ofgem