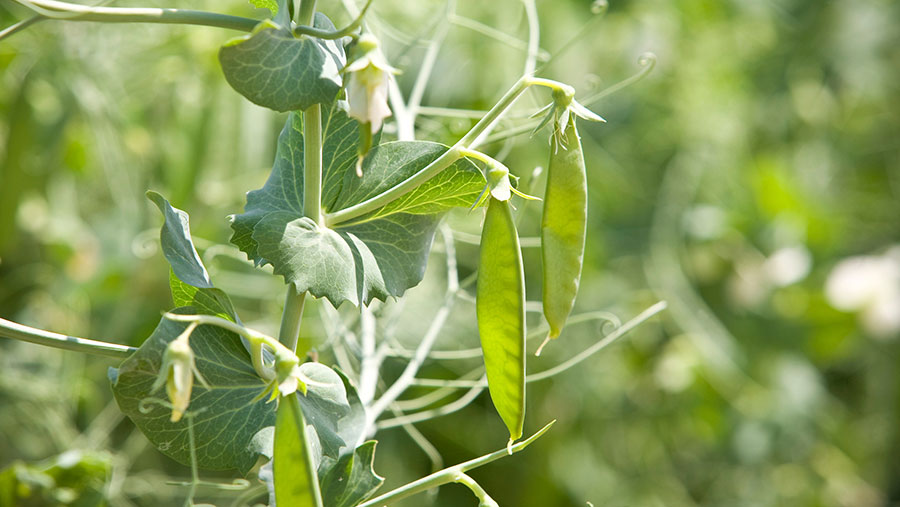 Farmers filling out their Basic Payment Scheme claim forms are being warned to take care not to inadvertently claim peas and beans as an ecological focus areas (EFA) if they are not using it as EFA.

Andrew Wraith, a director in the food and farming department of Savills, said the online application system is such that any land use code eligible for EFA will put a default EFA value against it within the BPS application.

This is most likely to affect farmers growing pulses using plant protection products, as new greening rules mean they are no longer eligible as an EFA.

“If you complete the form and include vining peas or another sort of legume then it automatically picks it up as an EFA,” he said.

“You have to actively deactivate it to stop it from appearing as EFA [if it is not eligible as an EFA because the crop will be sprayed].

“It is one of those quirks in the system that we seem to find every year.”

It is one of those quirks in the system that we seem to find every year Andrew Wraith, Savills

Mr Wraith said the danger was some growers might think they had met their EFA obligation when actually they hadn’t, which could lead to payment penalties when the claim was processed.

There was also the potential for an inspector to impose penalties because land had been incorrectly declared as eligible for greening when it was not.

Growers will need to find the “Use less EFA than available” section within their application, to check which land is being used against their EFA obligation and to remove any parcels which they do not wish to claim as EFA.