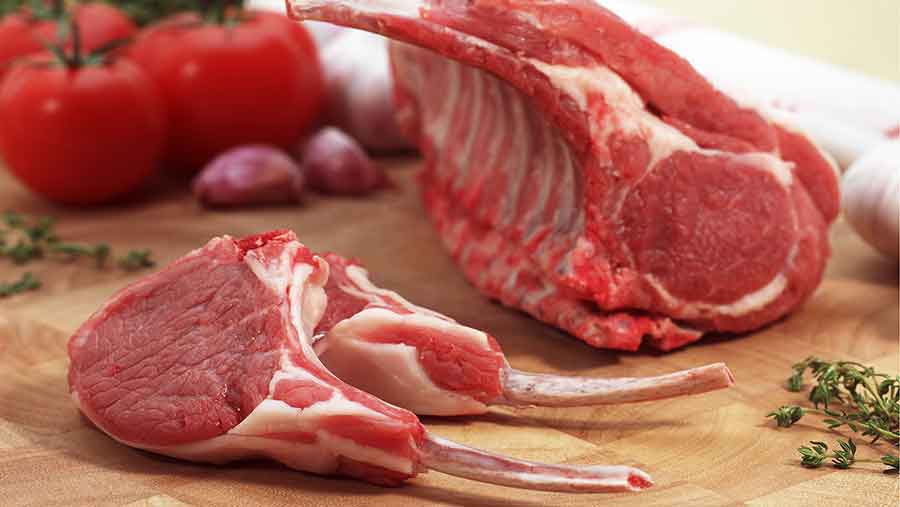 Lamb producers are receiving a far greater share of the retail price than at the same time last year, according to AHDB Beef & Lamb.

In July, producers were receiving 52% of the retail price. This was level with the previous month but 10 percentage points above where is was in July last year and the highest for the month since 2013.

This was due to a large increase in the average producer price for lamb following the weakening of the pound and tight supplies, said the levy board. At the same time, the average retail price fell slightly – by 1%.

GB liveweight lamb prices continued to rise in the week ending 10 August as the pound weakened further, despite throughputs increasing by 12,883 head to 119,291.

“During the past month, the retail price of boneless shoulder and diced lamb have increased by 4% and 1% respectively,” said the levy board, “while lamb steaks, bone-in shoulder minced lamb and cutlet chops have all fallen by 1%. All other cuts have remained stable.”

Last week AHDB Beef and Lamb revealed that cattle producers were receiving 48% of the retail price in July – three percentage points up on the low point in April, as cattle values had increased and retail prices had eased slightly.

“While this may seem positive, the producers’ share of the retail price is still below half and remains some way behind the five-year average, which is about 53%,” said the levy board.

“While a great deal will depend on the evolution of retail prices, the better farmgate price outlook could result in producers attracting a modestly more favourable share in the coming months.”