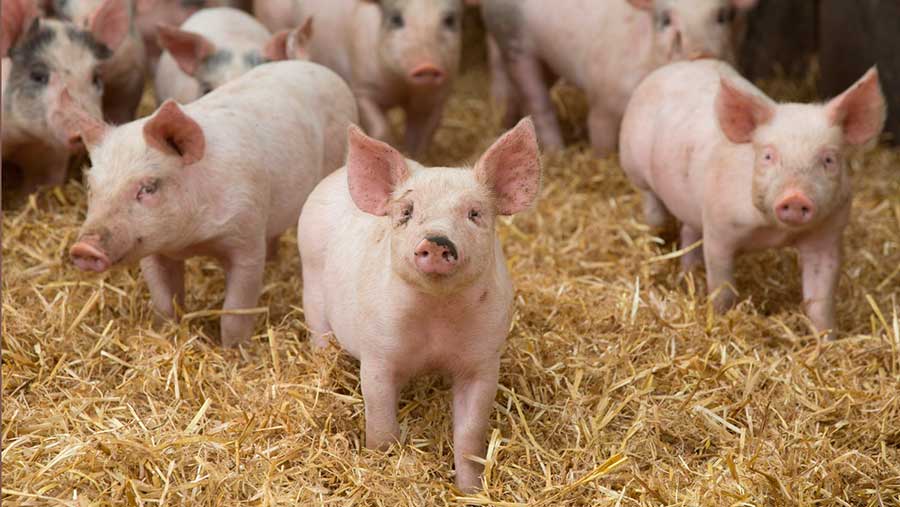 Pig prices continue to slide amid weak demand from processors, despite the approach of the festive season.

In the week to 5 December, the EU-spec Standard Pig Price fell by 0.88p to 144.65p/kg – the ninth consecutive week of price decline, totalling a drop of nearly 11p/kg.

“As such, this is the lowest SPP quotation since the series began,” said a report by Bpex. “The discontinued DAPP was last at such a low level in April 2012.”

Slaughterings remained well ahead of last year; in the week to 29 November they stood at 189,100 head – 11% up year-on-year and the highest weekly throughput so far in 2014. Carcass weights averaged 81.98kg, 270g down on the previous week.

“The recent (global) price decline has been driven by two main factors: the Russian ban on imports and the lower than expected impact of PEDv in the US, given heavier carcass weights,” said the Bpex report.

Unlike other major exporters, the EU had not seen the benefit of higher prices earlier in the season. “The EU has been the lowest-priced exporter this year – it is normally the highest-priced – which has helped it to find alternative markets.”