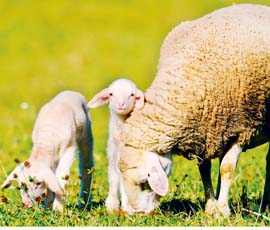 Canada has been revealed as a new market for Welsh lamb.

At the Royal Welsh Winter Fair in Builth Wells, the Welsh red meat levy body said some lamb had already been exported and that further consignments would follow.

Hybu Cig Cymru (Meat Promotion Wales) said the deal had been sealed following a trade mission to Canada in the autumn.

HCC market development manager, Laura Dodds, said the response it received from the country’s importers had been “superb”. “The reputation of Welsh lamb as a premium product had preceded us, leading to productive meetings with several leading Canadian companies,” she said.

Statistics show Canadians consume 34 million kilos of lamb of which just under half was imported. The Canadian market currently relies on imports of lamb from New Zealand, Australia and the US.

Last year exports of Welsh lamb were worth more than £111m to the UK economy with the bulk being sold to mainland Europe.