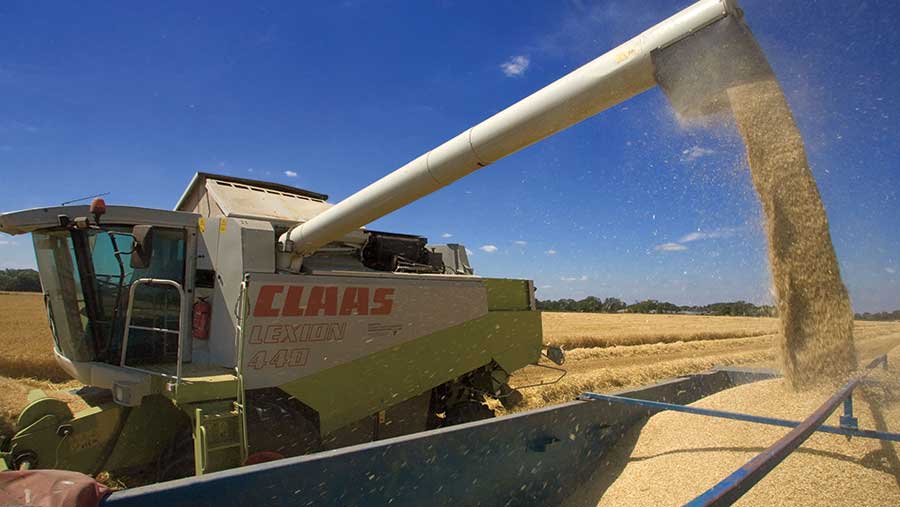 A stronger pound and bigger crops mean feed wheat prices fell by just over £3/t in the week to Friday (2 September).

Spot values averaged just over £114/t ex-farm and ranged from £110/t to £118/t depending on region. Yorkshire was at the high end of the price range, reflecting tight availability and strong spot demand in the North.

Farmer resistance to the lower prices has kept the drop to less than it might have been. US wheat prices hit a 10-year low this week on a firmer dollar and increasing export competition.

UK wheat production is estimated at 14.3-14.7m tonnes for the 2016 crop, compared with 16.4m tonnes last year. This will still require a hefty export effort to clear stocks and UK wheat will have to compete on the domestic market against what is likely to be a record US maize crop.

While poor French and German quality means there are hopes for increased exports of UK biscuit wheats, there is huge competition on many fronts for feed grain trade.

Russia is to remove its wheat export tax, making its wheat even more competitive and its grain exports are set to reach a record 40m tonnes this season. Canadian and Australian wheat crops are also looking large, at 30m tonnes and 27.2m tonnes, respectively.

However analysts and traders point out that with speculative commodity interests holding large short (sold) positions on US wheat futures, there is the potential for short-term price rises if these players need to come back into the market to buy back contracts.

At an average of just over £102/t ex-farm for September, feed barley values lagged about £12/t behind feed wheat. UK malting barley premiums remain firm, with good export demand to Europe. A recently concluded trade agreement with China means a new market has opened for UK malt and barley.