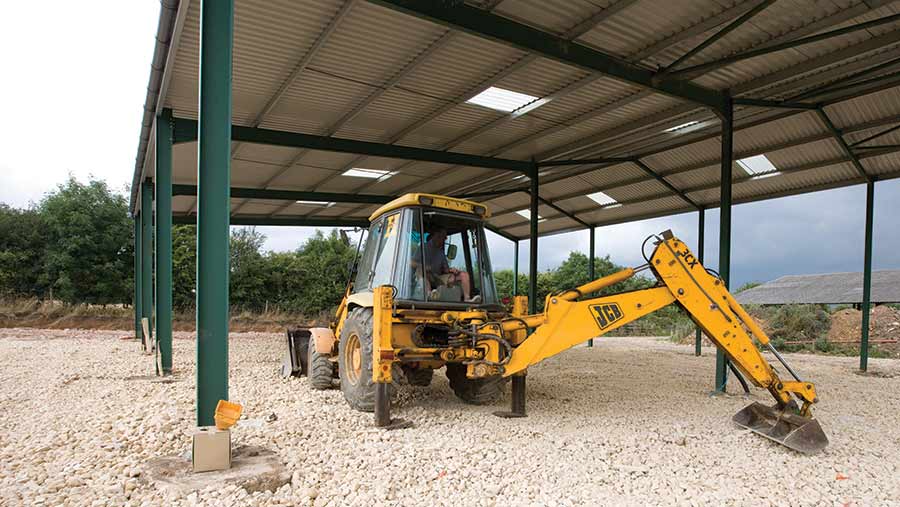 Farmers putting up agricultural buildings and houses are falling foul of a planning tax that is leaving some facing bills as high as £26,000.

Half of all councils in England and Wales have implemented a Community Infrastructure Levy (CIL) – a charge on every square metre of floor space created.

The levy came in to force in 2010 under Gordon Brown’s Labour government to generate funds from housing, retail and industrial developments to spend on local priorities such as roads, schools and flood defences.

But many new agricultural buildings with no requirement for additional infrastructure are being caught up in the rules.

The levy is making some projects unviable while other businesses are being forced to swallow bills for thousands of pounds when building calf rearing sheds, hay barns and houses for farm workers.

Farmers Weekly has even found examples of farmers in London’s boroughs forking out £26,000 towards the city’s Crossrail project.

As well as the cost of CIL, there is frustration that only a small percentage of the levy is ever likely to be spent near the development and is more often used for urban developments.

Postcode lottery on which farms must pay

The 192 authorities that have implemented or are consulting on bringing in a CIL have a degree of freedom over how they do it.

Most opt to charge one rate for residential, retail and industrial developments, and zero-rate for schools and buildings for the emergency services, for example.

Farm buildings and agricultural workers’ houses with certain occupancy conditions are exempted in a lot of authority areas, but not all.

Farmers are nearly always caught out by a catch-all ‘any other development’ category, which attracts a reduced but not insignificant levy.

At the lower end of the spectrum, the Greater Norwich Partnership charges £5/sqm and South Gloucestershire Council charges £10/sqm.

At the top end, buildings on farmland in the north London borough of Redbridge would be liable for a £70/sqm CIL.

The lottery of which councils exempt agriculture and which implement a charge has been created by local planners’ interpretation of the legislation’s wording.

It states that a CIL should not be levied ‘on buildings in to which people do not normally go’, using the example of someone only entering an electricity substation for maintenance or an inspection.

But the CLA’s head of planning, Fenella Collins, says the government uses the example of a substation that is too dangerous for people to walk in to.

“By the same token, there are a number of safety and biosecurity reasons why people and the general public don’t usually go in to farm buildings.

“It just doesn’t stack up. The principle of the matter is that these are not buildings in to which people normally go and there should be an exemption.”

Individual authorities are responsible for collecting the levy and deciding where funds are spent. Priorities are publicly stated in a ‘Regulation 123’ document.

A small percentage can go back to the parish where the development takes place and if a village has a neighbourhood plan, that amount can increase to about 25%.

But CIL money typically lands with projects in urban areas.

Mrs Collins adds: “I don’t know yet of any parish councils that have received this money and, if they have, whether they have spent it. I’m sure there will be some.”

Councils can announce their intention to implement a CIL scheme whenever they wish, but must consult first.

The CLA and NFU have presented a united front but the devolution of power to local authorities in England and Wales means the process is a drain on resources.

Suzanne Clear, the NFU’s senior planning adviser, says the union’s regional environmental advisers lobby for exemptions every time a CIL is proposed by a local authority.

“The NFU writes to individual authorities when they propose, change or update their CIL regimes to say why agricultural buildings, agricultural workers and rural workers’ dwellings should be exempt from paying CIL as such developments meet their own infrastructure needs,” she says.

A fairer, lower tax ahead?

In January 2016 the government called for evidence on claims that the CIL wasn’t working in a number of areas.

The CIL Review group proposed that the government replace CIL with a Local Infrastructure Tax.

This would comprise a tariff on all developments at a lower rate than the current CIL charge, with a separate Section 106 agreement to fund additional infrastructure on large developments, such as housing estates and retail parks.

The government is due to respond to the report in the autumn.

A consultation is expected soon but neither the CLA or NFU have greeted the proposals warmly and vow to continue to lobby nationally and locally for agricultural buildings and houses to be exempted. 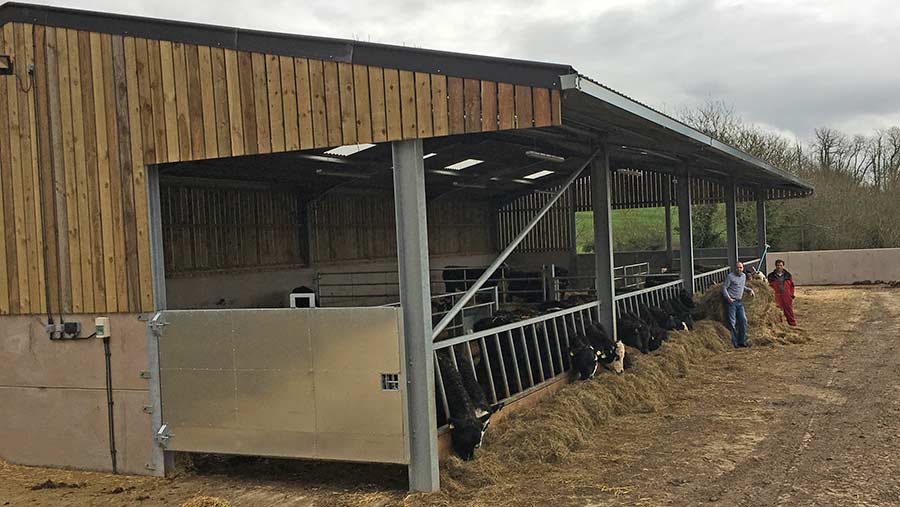 Beef farmer Mark Gaylard knew nothing about the CIL until he was given planning permission to put up a new livestock shed (above).

Just 18 months before, he had built a straw barn at the same site with no problems.

Unbeknown to him, during that period South Gloucestershire Council had consulted on and implemented a CIL scheme, which landed him with a £3,000 bill.

“It amounted to 10% of the barn’s construction costs,” says Mr Gaylard.

“I contested it and went back and forth with the council but the criteria you have to meet to avoid it are so bizarre that I don’t think anyone would ever satisfy them, so we had to pay.

“In order to be exempt from the CIL, you have to prove that you don’t actually go in to the building.

“I argued that it was for livestock, not for people, but that didn’t wash.”

Mr Gaylard farms with his partner at Pitt Farm at Marshfield and has a 70-strong beef suckler herd across 140 owned and rented acres.

He needed the new shed, which is 240sqm, to provide additional housing for calves.

“I don’t think the CIL is being applied in the spirit it was originally intended,” he says.

Mid Devon District Council, for example, has recently closed its CIL consultation, which proposed a £10/sqm charge for housing developments.

If implemented, it would lead to a £12,000 CIL on a modest 120sqm agricultural workers’ dwelling.

Alister King Smith, head of planning services at Stags, argues that farm workers’ dwellings are not worth as much as a free-market house.

“A flat-rate charge on all houses does not reflect the fact that rural workers’ dwellings are only permitted to support a specific business need,” he says. “They also have a below-market value when they are sold.”

Farmers can build a farmhouse and claim exemption from a CIL charge providing it becomes their principal residence for the first three years.

But awareness of whether the local authority has implemented a CIL can be an issue for some, and farmers are urged to check before building.

Fenella Collins advises: “Self-build relief on dwellings is there for farmers to use, but some people stick a spade in the ground before claiming – by then it’s too late. You need to apply before you start to do anything.”

A farmer in Somerset who recently self-built a four-bedroom house for his family failed to get the correct paperwork in time and incurred a £22,000 CIL.