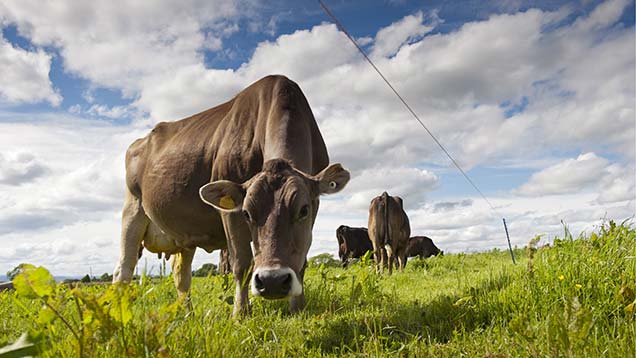 Returns at the fortnightly sale are down 55% on February 2014’s all-time high and have reached their lowest point since July 2009.

Supplies this week were 38% higher than mid-June, with 33,200t sold, and all but one product recorded losses.

The Dairy Group principal consultant Nick Holt-Martyn said the problems facing the sector were clear, but solutions were not.

“Hopefully, despite dairy products’ inelasticity, low prices might stimulate some increase in demand on the back of an improving world economy.”

German milk deliveries in April were 1.4% down on the year, while France was back 1% and Denmark was 0.2% lower.

Ireland was leading the pack with an 11.3% year-on-year increase, Poland was up 4.2% and the Netherlands produced 1.7% more milk.

UK production figures will be revised downwards 630,000 litres/day from April onwards, due to central Defra officials taking over the job from the RPA.

He said the 12.3% cut in the retail cost of four pints since last year broadly matched the 25% fall in farmgate prices.

“It is highly unlikely that the milk processors are benefiting from low milk prices any more than the retailers,” Mr Holt-Martyn said.

“The dairy industry is collectively damaged by low prices, which makes the hubris and complacency of the EU Commission and national governments so disappointing.’