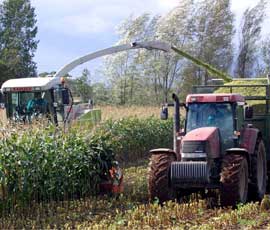 While bioethanol currently dominates the renewable fuels industry, development of the next generation of biofuels has taken a big step forward with the opening of the world’s first commercial biobased isobutanol plant.

US biofuels company Gevo started production at its Luverne plant, Minnesota, at the end of last month. The site was previously a bioethanol plant, but was retrofitted with technology to produce biobased isobutanol.

Like ethanol, isobutanol is produced from corn (maize), but has more uses than ethanol, contains more energy per litre, is less corrosive to pipes and can be blended with petrol in conventional engines at higher concentrations.

Gevo hopes to produce a million USgal of isobutanol a month by the end of this year, with full production expected to be reached by the end of 2013.

“The startup of our Luverne plant represents a major milestone for the industry and validation of our commitment to commercially produce biobased isobutanol in the first half of 2012,” said Patrick Gruber, chief executive of Gevo. “The next milestone will be to successfully ship product to our customers.”