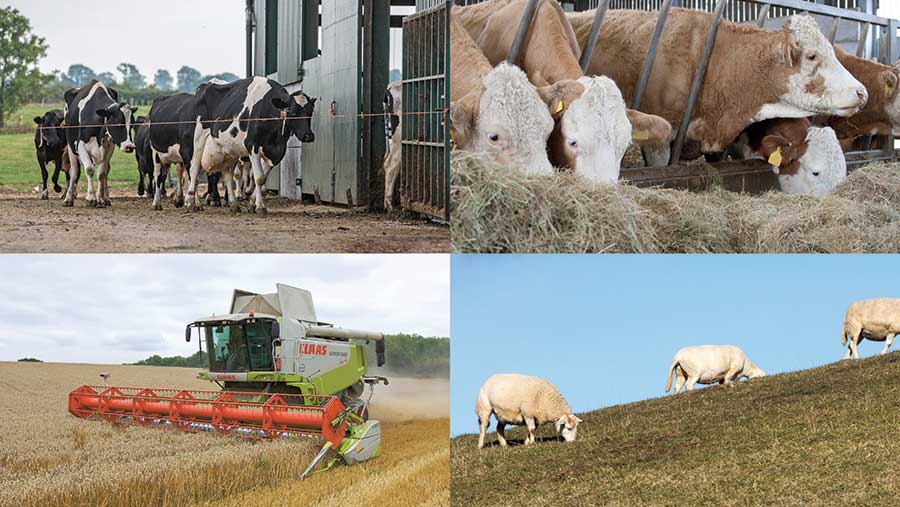 The UK cannot rip up the rulebook for trade and farm support after Brexit, warns an AHDB report.

In its latest Horizon publication, The WTO and its implications for UK Agriculture – published on 28 June, the AHDB said the government will not be entirely free to write its own tariffs, trade standards or subsidy regime.

This means plans to keep out food produced to lower welfare criteria or draw up a bespoke farm support system may be hindered.

After Brexit, the UK will have to meet the WTO’s principles – even if it signs a free-trade deal with the EU.

“The WTO exists primarily to liberalise world trade, and provides a framework of rules to achieve this,” says AHDB head of strategic insight David Swales, one of the report’s authors.

“These rules are far-reaching and have implications not only for UK trade but also for UK policy and policy of devolved nations.”

The UK’s membership of the WTO is not in doubt, AHDB reports.

In force since 1995, the WTO’s agriculture agreement has a long-term goal of freeing up trade in food.

As a WTO member, the UK will have to follow the course of liberalisation and the rules that come with it.

The British government already has a similar, broad approach to encouraging free trade.

Politicians are confident in securing a preferential trade deal with the EU before 2019, which would allow British farmers to buy and sell with European neighbours on the same terms as today.

But, if there is no complete or transition deal, UK producers will have to do business with the EU and the rest of the world on basic WTO terms only.

For countries with which the UK does not strike a special trade deal, the government will have draw up its own list of tariffs, which food importers have to pay.

The most likely case, the report says, is the government will simply use the EU’s schedule.

It could choose to use lower tariffs, if it wanted to encourage imports, but the WTO would not allow higher rates, which would make it harder for foreign farmers to sell into the UK.

On the export side, AHDB suggests WTO tariffs would hit British agriculture more than other industries, as European duties on food are much higher than for other goods.

Under WTO rates, importers into the EU have to pay a 46% tariff on lamb carcases, more than 50% on wheat, and 42% on cheddar.

“The loss of tariff-free access to the EU is likely to precipitate a restructure of UK agriculture, particularly in those sectors most dependent on EU trade, and those facing the highest tariffs,” the report’s authors wrote.

The WTO’s agreement allows countries or blocs to set tariff-rate quotas (TRQs), which allow certain amounts of food to come in at lower duties.

The EU has about 100 such quotas with individual nations and another 23 as part of regional agreements.

The most well known is for New Zealand lamb, by which Kiwi farmers can ship 230,000t into the EU each year.

In the run-up to Brexit, the UK and the EU will have to decide how this quota, and all the others, will be split between them.

From there, any UK-EU deal on TRFs would have to be approved by the other WTO members.

WTO countries have limits on how much production support they can pay to their farmers.

There is a cap for the whole EU, which will also be divided up after Brexit.

As Europe is below that limit and the UK is unlikely to ramp up subsidies, AHDB argues, this should not be a problem.

The WTO is especially worried about the kind of policies that support prices or make payments linked to production, as they may fend off imports and lead to cheap food being dumped on world markets.

The WTO divides different farm support measures into coloured boxes, depending on their impacts.

In the green and blue groups, which are unrestricted, is spending on agri-environment schemes, rural infrastructure, and decoupled subsidies, such as BPS.

In contrast, the WTO limits schemes classed as amber, which includes coupled or headage payments and price support tools.

For UK farmers, this means a significant return of coupled subsidies or deficiency payments would not be possible.

The WTO allows countries to set their own standards for food safety and animal and plant health – so-called sanitary and phytosanitary (SPS) measures.

After Brexit, the UK will also be able to set a broader range of technical barriers to hit consumer or environmental goals, such as food labelling or quality guidelines.

But any safety and health benchmarks will have to be based on good science, so countries are not allowed to discriminate against others.

Also, any technical rules would have to apply to both home-grown and imported food, and only restrict trade for a legitimate aim.

“It has been suggested that animal welfare standards could be used to prevent imports from countries with lower standards than the UK,” says Mr Swales. “However, WTO rules mean this is highly likely to be challenged by other member states, and needs to be based on a sound scientific or legal basis if UK standards are to be set higher than the prevailing international standards.”

World Trade Organization: What is it?

Formed in 1995, the World Trade Organization (WTO) now has 164 members, which account for 95% of global trade.

The body aims to liberalise trade, while acting as a forum for members to thrash out trade deals and settle disputes.

“There is nothing to stop you having higher [UK] welfare standards if you think it is good marketing in other countries.

If the standards are pushed too high that increases costs and you would not be permitted to prevent imports from those third countries if they do not meet your food welfare standards.”
Alan Matthews, emeritus professor of European agricultural policy, Trinity College Dublin

As an EU member, those are done with the EU as a whole on our behalf. Southern Europe might have interests in citrus fruit and want to be defensive, but for us we would not need to be defensive.”
Nick von Westenholz, NFU director of EU exit and international trade

“As far as the CAP is concerned, EU agriculture is one of the most highly protected agriculture sectors in the world.

That has led to UK agriculture being less efficient than it might otherwise have been. [In the EU], we have got very high tariffs on beef, dairy products, sugar.

They could come down, which could cause pressure on those sectors in the UK.”
Alan Swinbank, emeritus professor of agricultural economics, University of Reading