Jack Harris is someone who thrives on variety and pressure, as demonstrated by the four years he spent working for the police force responding to 999 calls from the public.

It’s a job he loved because every shift was different and he dealt with anything and everything. But he has come to love agriculture even more.

Now, aged 29, five years after the last time he donned a police uniform, he is a fully qualified agronomist working in the precision services arm of agronomy and crop protection company Agrovista.

He has walked away from policing and is instead forging a new career in farming, describing it as “one of the best, if not the best, industry to work in”. 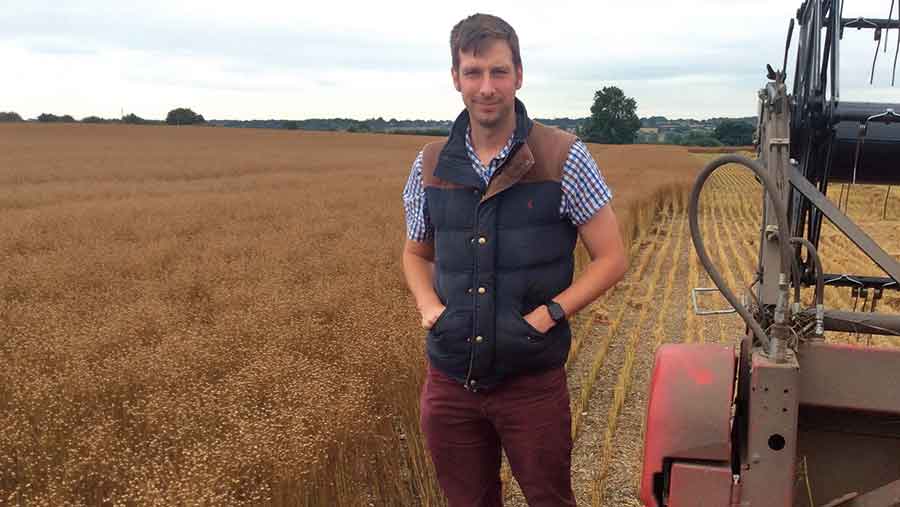 Jack’s decision to swap police work for agriculture initially came about because of his granny. She was 94, living on her own, with health problems, but didn’t want to go into a home.

So Jack took a two-year career break from the police, moved to Essex to care for her and started working on a friend’s farm to give him an income.

He’d been visiting the farm since he was born, assisting at harvest since he had been old enough to help out, so agriculture was not completely new to him.

But his is far from the traditional farming background – his father is a freelance editor and his mother is a former teacher, who now works as a trainer.

Yet after two years on the 242ha farm, which also had 250,000 broilers, Jack had developed a passion for the industry that meant he wanted to take things further.

His colleagues in the police also gave him the impression that he may have got out at a good time. 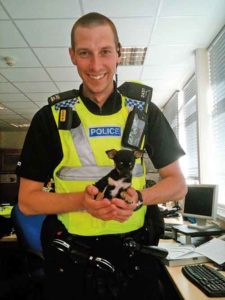 Jack in his policeman days

Jack admits studying for the Facts and Basis qualifications, required to become an agronomist, was a challenge.

“I did find it hard. I didn’t go to university, so it had been a while since I had really done any learning. However, I think it was the same for those from a farming background. We all went through the same ups and downs.”

Jack says what really helped him was the support of his colleagues, other agronomists and farmers who went out of their way to support and encourage him.

“The amount of agronomists and farmers willing to take the time to teach me things was amazing.

“I remember after completing Basis wanting to get gifts for people who had helped me. I was told not to, but just help someone else when they need it. That sort of attitude in an industry is hard to find.”

No two days the same

After completing his training, he took up a role as an agronomist in Essex, moving to his current job – based in Cambridgeshire, but requiring travel all over the UK – about a year ago.

“It’s hard to describe what I do on a day-to-day basis. Like a lot of jobs within agriculture, no two days are really the same. I guess it depends on what time of year it is. Day-to-day I would be helping colleagues with precision farming questions, or going to see their customers about new technology.

“I could also be setting up trials, getting GPS soil samples ordered and getting the data back to the customer. Or I could be flying our drones to capture crop data, servicing weather stations and walking fields to keep my eye in on what’s happening.”

Skills required to do Jack’s job

It’s the variety that really keeps Jack motivated. He also likes the challenge of talking to people about precision farming methods.

The ability to listen, talk to people and solve problems are all skills which he developed in the police, but have been transferable into his current role, he says.

“I have had a lot of experience in the police dealing with all sorts of people and dealing with any situation you can think of. I think I’m unfazed by most things and find it easy to talk to people.”

Jack says he feels he has been welcomed into the farming industry and it would be good if more people from a different background considered it.

“I think the more people we get in from outside agriculture the better it will be. It’s easy for an industry to be wrapped up in its own bubble.

But with people from all sorts of backgrounds working together, different skills and experiences can be shared.

“I definitely think you need to have a good work ethic and be able to talk to people. Knowledge can be taught but positive attitudes and work ethics can’t be taught.

I think a lot of the industry is about relationships. A good agronomist on farm is like part of the family.”

So, enthused by his own job and the job satisfaction it offers him, Jack says he readily recommends agriculture as a career to others. The industry is far more diverse than people realise.

“They just think farmers grow stuff, harvest it, then it’s on their plates. The don’t see the industry working behind them doing loads of interesting things – bringing new technology to farming. I told someone the other day about GPS autosteer and variable rate seed and how it works. They actually couldn’t believe how that was being used. They just thought of farming as a really primitive industry.”

Does your salary and package compare favourably with that of your non-farming peers?

“I get a company car and a good salary with my role. I think it does compare favourably. I am not really bothered by money. I obviously want enough to live on and more is always never turned down, but I have been fortunate that I have enjoyed every job I’ve had.

“I have great job satisfaction. There are obviously days when I don’t like my job, but that happens in every job. The good points far outweigh the negatives.”

How about your hours?

“The hours vary depending on the time of year. On the longest days I work I’ll start at around 7am and work until 10-11pm, but then there are quiet times when I will finish early. We work hard when it needs to be done, but knowing when to stop early and have a break is also key.”