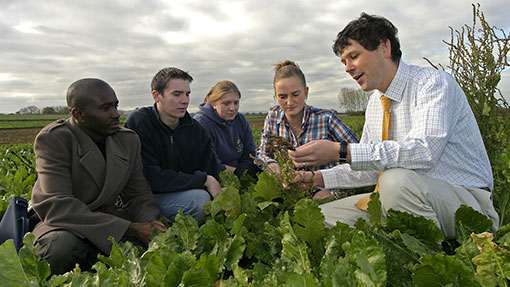 Young people should make it as priority to get at least a year or two of practical experience on farm even if they aren’t planning a career in hands-on farming.

John Davies, director of De Lacey Executive recruitment consultancy, said there was a host of opportunities in the wider agricultural supply chain including sales,  research, marketing, trading and logistics roles.

However, employers were increasingly saying they did not want people straight out of university.

“More and more are saying they want people with two to five or even up to 10 year’s experience of working in practical farming.

“We talk to graduates who say they are worried they haven’t managed to get their first job, but the key is working on a farm or in an ag business that broadens your skills and knowledge base.”

Mr Davies acknowledged that finding jobs on farms was also not always easy. “ It is hard work as the jobs are not hanging on trees, even though farmers are saying they need labour.”

He advised young people should look at websites 4xtrahands.com and hopslaboursolutions.com

Speaking at the Cereals Event, Mr Davies said a good starting point for people trying to plan their careers was to ask themselves some questions about who they are, what they want to do and what they are good at.

“I wouldn’t just wait and hope it happens. If you go to an interview with a clear idea of who you are it will help,” he said.

Other career tips included being willing to be flexible on where you are prepared to live, as it was very likely that the best career opportunities would not be local.

“In this industry you are really lucky in that we have the YFC, so if you do move it means you have a ready-made social life,” he pointed out.Employers wanted to see enthusiastic and positive people who would make an impact in their businesses, he added.

“Think about how you might improve your ability to work with people as it is very important to be able to work within a team.”


Mr Davies said some people were put off sales roles as they were worried it was too ‘pushy’ an environment.

“But within agriculture sales advisors tend to be highly technical, very knowledgable and highly respected. They are working in  an industry which depends on relationships and people knowing people.

“If you like being technical and talking to people I should seriously consider sales roles as they are a big part of the opportunities on offer.”

It was also better to chase experience, rather than money when it came to the first few years of your career, he advised. “Don’t chase the money. The money will come later.”