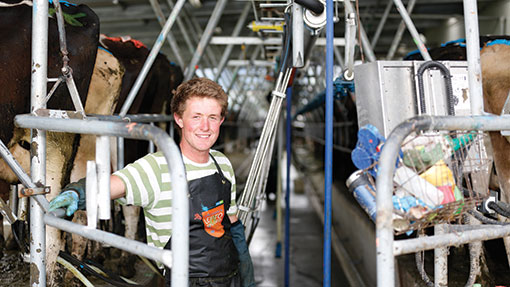 The search is on for this year’s Farmers Apprentice, which will net the lucky winner £10,000. Whether you’re in farming already or fancy dipping your toe in the water and finding out what a career in farming is all about, this experience could be for you.

Farming isn’t just about working the land, it’s so much more than that. Farmers need to be marketers, accountants, mechanics, technologists, negotiators and above all else, have a good business brain.

And it’s exposing the finalists of 2012 to all the key attributes of farming that changed their way of thinking and essentially changed their life. It opened the door to new opportunities, whether securing jobs, setting up businesses or simply boosting their confidence.

See more: Register your interest in taking part in the Farmers Apprentice

It’s fundamental the industry works together to help market agriculture as a career that is dynamic, exciting and forward-thinking, and above all else to equip young people with the skills and attributes required in farming to help drive a thriving industry in the future.

“There’s a range of careers available across the agricultural industry, from farming and engineering to marketing and science jobs. We’re working hard with industry to support new entrants and create jobs through the provision of new courses and improved apprenticeship schemes. Campaigns like the Farmers Apprentice are an important part of how we promote the industry as an attractive career choice, and I fully support it.”
George Eustice, Farming Minister

The first Farmers Apprentice winner George Brown says taking part in the competition meant so much more than just winning the £10,000 prize money.

He spent the majority of 2013 working on a dairy farm in New Zealand. But next month George starts a new job as herd manager on a 330-cow grass-based farm in Cumbria.

“ My new employer contacted me after reading about me on the Farmers Apprentice. This new opportunity, which has come as a direct result of the competition, has been far more valuable than the prize money, he says.

And George has been quite strategic in spending his winnings. Most of it is still sitting in the bank waiting to be invested in some dairy heifer calves, says George. “I am still looking at buying some calves of my own and possibly doing some beef calves, it’s all in the plan.” 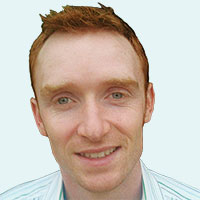 It’s not just the winner who has benefited from entering the competition. Former banker Michael Mateer says it has opened up a whole new career path for him.

As soon as he dipped his toe into the farming world, there was no going back. “I learnt so much at bootcamp about the business. I went away from the week and restrategised my whole way of thinking and my future.”

He has since started his own company  called Venture Independence which helps farmers deal with the “ daily agro of modern-day farming”.

“I basically help farmers build up a business strategy. If they have an issue, I want to help farmers get out of it by helping them get information for free,” he says.

“I recently had a successful businessman get in contact with me on Twitter, who wanted to get into farming. I helped him with the whole process and his business got up and running six weeks ago.”

Michael says the Farmers Apprentice was instrumental to him setting up his business. “The judges told me that I was exceptionally good at business and should harness those skills in order to succeed in farming and that’s exactly what I have done. There’s not a chance you would get me back into banking. Once you get a taste of something you want, like farming, there’s no going back.” 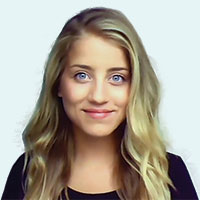 “I came out of bootcamp with more confidence, and progressed from being a nervous wreck on day one to someone who could talk to groups of people,” she says. “The judges helped me believe in myself.”

Sophie, who is not from a farming background, owned just 10 sheep just before taking part in the competition. She now has 120 sheep of her own and is working full-time as a contract shepherdess. 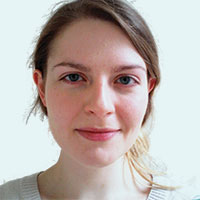 A “life-changing experience” is how Catherine Barrett describes the Farmers Apprentice.

She says it gave her the confidence to change career path from one that was involved in politics to core agronomy.

“I saw an advert on Twitter for a commercial trainee with Bayer CropScience and taking part in the competition made my CV stand out and helped me get on to the scheme.”

“Apart from my Masters degree in agronomy I had no other science background, but now I’m working for a great science-led company. Through my work I am helping to feed people every day and people don’t appreciate the importance of it. The satisfaction of seeing the impact of what I am doing is fantastic and a career in agriculture deserves a better forward-looking reputation than it has.” 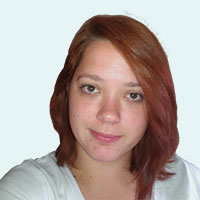 For south Londoner Sam Pitchley, the Farmers Apprentice has allowed her to put in to place her business plan pitched during bootcamp about placing chick hatcheries in to schools.

“I gave a business pitch at bootcamp about setting up a hatchery project and putting them into classrooms, so children could see the process of chicks developing and eventually see them hatch out. I have done three hatcheries so far and have also done lots of talks on the subject,” she says.

Sam now works managing and running educational projects at a country park in Hertfordshire. “It’s been great to put my business pitch into practice. It has given me so much more confidence and access to some great contacts, I would encourage everyone to take part just for the experience.”

Be the best: Have you spent your formative years flying below the radar? Well this is your chance to shine. Think Superman.

Be your own boss: Confident in your ideas and stubborn enough to see them through? Winning could lead to your own business.

Career prospects: At bootcamp you will be mentored by top farm business leaders, helping you to walk away full of confidence, ideas and with a unique CV – even without the £10,000.

Fame: All the action from bootcamp will be captured as part of a six-part series of films that will be broadcast at the end of 2014. The more people that see you and know what you’re capable of, the more opportunities that will come your way. Simple.

Fortune: OK, not strictly fortune, but if you’re the type of resourceful candidate we’re looking for, then £10,000 could be the start  of something big.

STEP 3: Get your camera out and tell us in  60 seconds why you’re awesome. Don’t be shy – and remember to smile.

STEP 4: Upload your video to YouTube by  30 May and send us a link. Job done.

STEP 5: Wait to hear if you’re one of the lucky 10 picked for bootcamp.