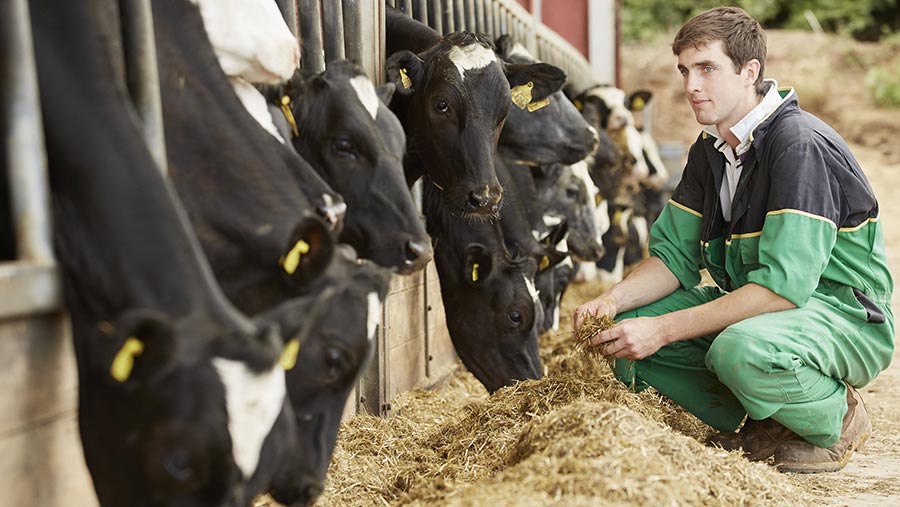 Farmers are being urged to be proactive in taking forward trailblazer apprenticeships for young people looking to become a stockperson or a crop technician, as part of efforts to develop the next generation of skilled workers.

Trailblazer apprenticeships are being rolled out across most industries and are different to existing apprenticeship schemes in that they are designed by employer groups.

The first trailblazer apprenticeship in agriculture was announced in September 2017, with the launch of new land-based service engineering (Level 3) qualification.

See also: Why should you consider a land-based apprenticeship

New standards have now been approved for a stockperson apprenticeship, an 18-month Level 2 qualification, along with standards for a Level 3 crop technician role (24 months).

A standard for a packhouse line leader is also nearing completion and is focused on supervisory staff.

Apprentices will typically spend a day a week at college and learn on the job with their employer, with the assistance of assessors, who make regular visits to see them on farm.

The AHDB said the new standards offered the opportunity for colleges and employers to work together to develop the next generation of skilled workers.

“These new standards will help ensure that even the newest recruits to farming and growing businesses can support the drive to improve performance while they work.”

Guy Smith, NFU deputy president, agreed the apprenticeship standards were an excellent way for farmers to recruit new people and develop them while they work.

“We would encourage our members who are interested in providing an apprenticeship to speak to their local land-based college or private provider, and find out more about how they can get involved – either for existing employees or for a new post they would like to advertise.”

Roger Clarke, head of land-based learning at Duchy and Bicton College, said the college already had about 50 students who had signed up for the new stockperson apprenticeship.

The biggest difference in the new standards was that they had moved away from a continual assessment system to more rigorous end-point testing, he said.

“The great thing for the industry is that if they don’t know it, they don’t pass it,” he said.

“They have to understand all the core elements [at the time of their end-point assessment], rather than potentially someone being assessed on something 12 months previously, who has then forgotten it.”

Mr Clarke added there was also greater emphasis on making sure apprentices meet behavioural standards (see “Behaviours”), so participants can more easily slot into the workplace.

‘We always assessed these, but these behaviours need to be monitored more closely than it has been in the past.”

The trailblazer apprenticeships are designed not only to increase knowledge and skills, but also to build the behaviours that can help workers be successful in the future.

The sort of behaviours they are seeking to develop are: