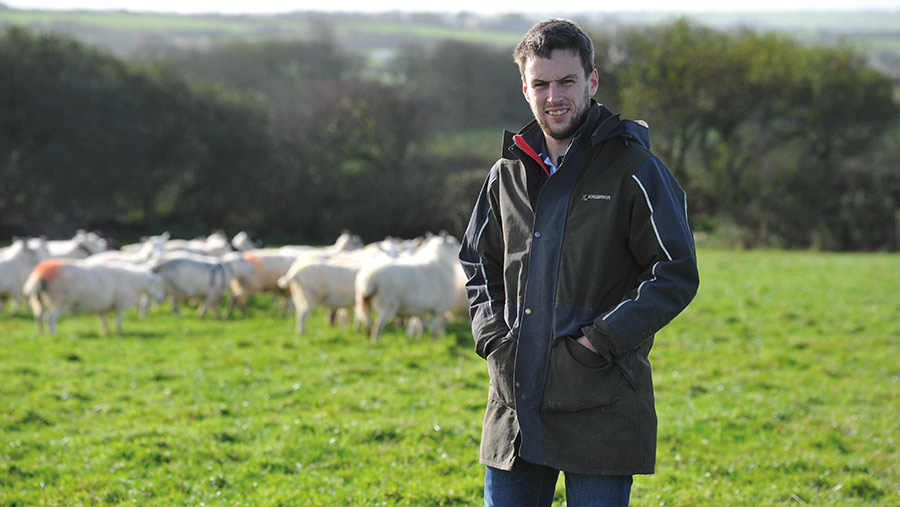 Greenfields Farm may only be 12ha but it has given Aled Harper a foothold in farming and a hunger to grow his business.

In the three years since he was awarded the six-year farm business tenancy (FBT), the 29-year-old farmer has established a flock of 70 ewes, a small herd of pigs and a direct sales business for home-produced lamb and pork.

Although it can take years for some applicants to secure a tenancy, Greenfields, near Haverfordwest, Pembrokeshire, was the first farm he applied for.

Mr Harper had been keeping an eye on the Pembrokeshire County Council website for potential opportunities when he spotted the farm was up for let.

Although it was just a few miles from his family’s smallholding, he was unaware that it was owned by the local authority.

“I decided to go for it – there is a lot of competition for farmland locally, so I knew it would be difficult to progress in the direction I wanted to in farming without an opportunity like that,” he says.

Mr Harper always wanted to farm, but knew it wouldn’t be an easy route to take as a first-generation farmer. He decided to train as a carpenter and also worked on farms, gaining knowledge on different aspects of farming. This experience has been a big help in getting his business up and running at Greenfields.

Applicants for the tenancy were required to submit a business plan and provide a three-year projected cashflow.

Mr Harper was shortlisted down to the final four and given the opportunity to walk the farm before being interviewed.

The farm costs £7,600 a year to rent. This includes somewhere for Mr Harper to live, as there is a two-bedroom house on the farm.

He is responsible for most of the maintenance and repairs, although some aspects, such as drainage, are a shared cost – with the local authority paying for the materials and the tenant providing the labour.

Mr Harper felt sheep would be a better route for the farm than cattle. “Unless you are dealing in calves, it takes a long time to rear a beef animal as a store or to finish it before you see a return.

“You can lamb sheep in the spring and you get an income from them within a few months,” he says.

Pembrokeshire’s status as a high-risk TB area was another factor that swayed his decision.

The flock was established with in-lamb ewes sourced from Whitland livestock mart. Mr Harper has since built numbers by buying more and keeping replacements.

He has a mix of Welsh Mules and Texel-type commercial ewes. Next February, he will lamb 70. 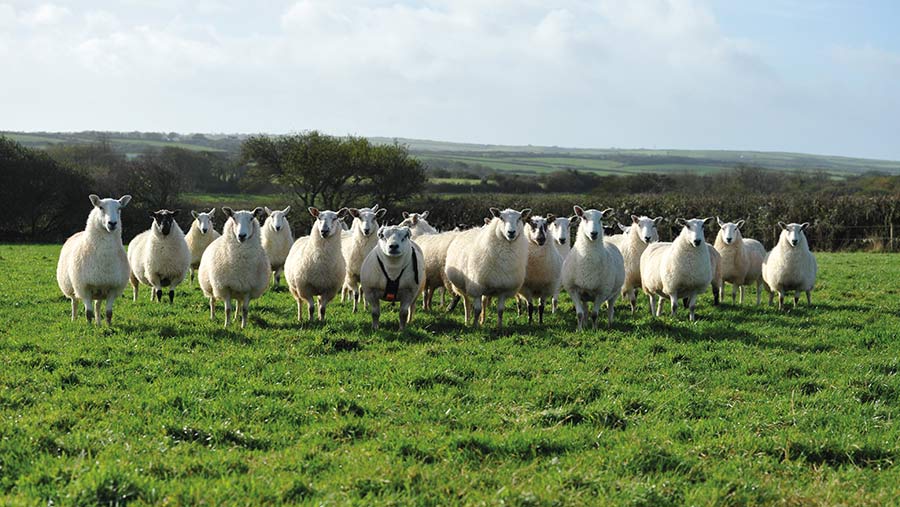 Rams run with the ewes for three cycles. This autumn, he used a teaser for the first time instead of sponging ewes.

It was costing him around £5 a ewe to sponge, and he calculated that he would save money with a teaser.

The flock lambs indoors from mid-February, and ewes and lambs are housed for a couple of weeks before they are turned out to grass.

Mr Harper doesn’t feed creep to lambs; everything is finished off grass.

Most lambs are sold through local marts, at around 40kg liveweight, from the beginning of June to the end of August. But some go to butchers or through box sales.

Mr Harper also has four sows on the farm. He has crossed Saddlebacks with a Welsh Pig and uses a Pietrain boar on these.

Sows average 2.5 litters a year and these are sold direct to private customers or to butchers, while weaners are sold online or through the market.

The FBT expires in 2025 and Mr Harper will then have the option of renewing it, or, if a larger farm is available, he can apply for that.

“I hope to be offered another farm. It is my best opportunity to expand,” he says. He can’t make a living from 12ha (30 acres) unless he works in other jobs, too.

“Instead of increasing the number of starter farms, which I believe some county councils are doing, I think it would be more helpful if they provided bigger farms.”

Mr Harper says it is not clear if he is making a profit from the farm.

That is because his accounts include his off-farm income from two-and-a-half days working on a local dairy farm and his carpentry work.

He has also had to invest quite heavily in equipment to get started.

He keeps his pigs at his parents’ smallholding and uses facilities there for his boxed sales.

But he believes the farm can be financially viable and, importantly, will provide a route to a bigger holding.

He has taken full advantage of courses offered by Farming Connect to increase his skill set and has never had reservations about asking other farmers for advice.

“I have heard it said that farmers are in competition with each other, but the experience I have had is that we are all working together,” he says.

The TFA can provide dedicated information and support to non-land-owning farmers in England and Wales. For more details, visit tfa.org.uk