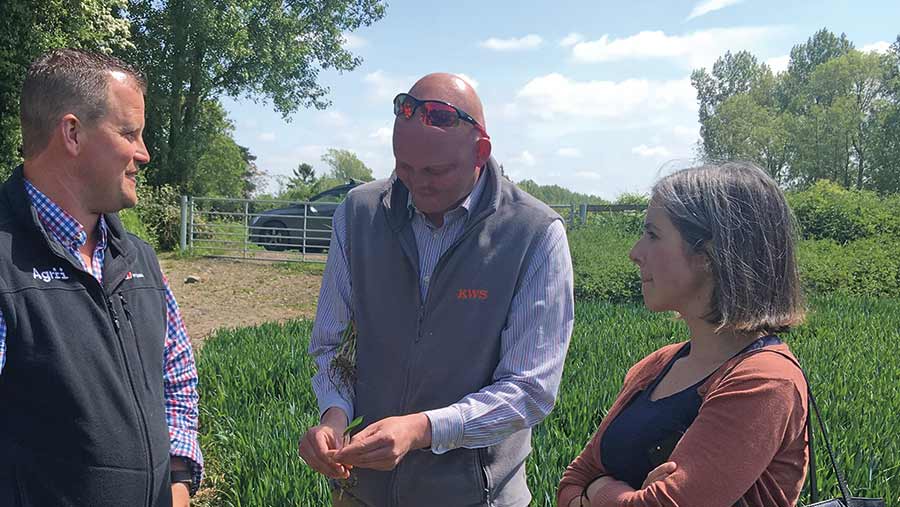 Agricultural reporters are tasked with keeping their ear to the ground within the farming industry for the latest news and insights into the topics that matter to farmers most.

It means being at the exciting end of the industry, covering the latest trials and research, and speaking to those growers who are achieving real results.

How would you sum up your job?

I’m part of a team of reporters and editors at Farmers Weekly, producing content for both the print magazine and for online. I work on the arable desk, but I have also worked across both the news and business teams too.

What does this involve day-to-day?

As a reporter my job largely consists of two parts: finding good stories to cover, keeping abreast of the key topics in the industry, and conducting interviews; and then writing features that are interesting to read with good actionable advice for farmers.

This involves working with the production team in the office to ensure the arable content is as visually appealing as possible too.

I also manage the 15 arable Farmer Focus writers, which involves making sure the copy comes in.

What do you enjoy most?

I love to write, but I also love to talk, and both are important. Interviewing a complete stranger can be a daunting task, especially if they tend to go off at a tangent and there are specific things you need to cover for the article.

Turning what are often unstructured conversations into a concise, informative and interesting read is not always an easy feat, but is a rewarding one.

I also love the travel. We tend to end up in the more scenic parts of the country, although there is also a fair bit of motorway time required.

The M25. The office is in Sutton, Greater London, which is where the team is based. Working in London means dealing with the M25 when I go out on farm, and I normally find is best negotiated as early in the morning as possible, so there can be some early starts.

What percentage of your job is office-based?

It depends on the week but usually I’m out on farm one or two days a week, normally in East Anglia, Kent or Oxfordshire, but anywhere within a 180-mile radius for a one-day trip, with overnight stays needed for trips further afield.

What skills and qualifications are essential to do the job?

Great communication skills are essential, while farming knowledge is preferable, but can be picked up. For example, some reporters at Farmers Weekly grew up on a livestock farm and work on the arable desk, and vice versa.

However, any agricultural qualification, especially those in agronomy such as Basis, would set someone up in good stead.

But being a good farmer does not automatically mean they will be a good agricultural reporter.

People wanting to be reporters need to already have some ability to write, with a decent grasp of spelling, grammar and punctuation. If writing has never appealed, it’s definitely not the job for you.

What experience did you have before you started?

I came to the role as a mainstream journalist having previously done an internship at an energy magazine and then worked my way up the ranks.

Having grown up in a rural village and being very interested in horticulture and plants, Farmers Weekly seemed a natural fit.

What advice would you give someone wanting a similar role?

A great way in for those from a farming background is to ask to write a column for a magazine – it will simultaneously display both your knowledge and writing ability.

Give us an idea of salaries

Salaries depend on the magazine, but due to its London location, the salary for a reporter at Farmers Weekly is £33,000.