The three finalists shortlisted for the 2019 Farmers Weekly Diversification Farmer of the Year award have invested a huge amount of time and energy and overcome significant challenges to set up their businesses.

The 2019 Diversification Farmer of the Year finalists: 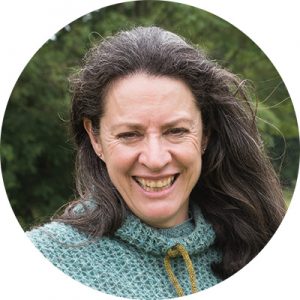 Their arable farming neighbours think they are “barking mad”, mistakenly believing there is no money in rearing sheep for their fleeces.

But Emma and Neil Boyles and the team have not looked back since they diversified into wool production at Well Manor Farm.

Years of intensive arable farming had impacted the flora and fauna native to the land. But soon after buying the farm in 2004, Emma started to look at the wool industry and her passion for sustainable farming as an alternative income stream.

Textiles addiction
Mother-of-three Emma grew up in rural, south Pembrokeshire in a dairy farming community, where she developed an addiction for textiles as a little girl.

“Everyone sniggers about knitting. They think ‘old ladies’. But it’s a $2.79bn industry in the US,” she notes.

“In the UK, the resurgence in handcraft over the last 10 years has been huge and it continues to grow.”

Emma’s mission was to produce the softest, lustrous British knitting yarn and set out to breed their own specialist flock under the guidance of shepherdess Susie Parish, her right-hand woman and award-winning shearer, whose dedication to the production of fine fibre and care of the flock is unrivalled.

Susie is also heavily involved in the British Wool Marketing Board and is their only female shearing instructor to date.

Selective breeding
Since then, they have developed into selective breeding the Gotlands with Shetlands, and then Merino rams imported from Marseille to produce superfine 19 micron fleece.

They produce a range of yarn from their Gotland and British Stein Fine Wool (which is trademarked) flocks. The premium 4-ply yarn – the finest lustre fibre in the UK – is the result of eight years of selective breeding on farm.

Hampshire yarn, a more traditional, commercial grey yarn – which is combined with wool collected from other farms in the county – is also produced.

They have expanded the flock to 600 sheep and lamb, between 80-120 each year. Susie shears the sheep around Christmas as all the oils are still contained in it, before the sheep are tucked up in the barn over winter.

Customers worldwide
Every fleece is hand-sorted on the farm to ensure only the best quality fibres go into their yarn. The fibre is then washed in Yorkshire and British-spun before heading back to the farm to be hand-dyed by Emma, who is inspired by the colours of the countryside.

The first production of fibre in 2010 was just 25kg. But as they approach their 10th anniversary, the next shipment of fibre will be 4,000kg. Orders are shipped around the world and retailers in countries including China, Japan, Canada, the US and Europe.

In March, Emma launched Sticka the Tithe Collection, their first proper knitting pattern book. It’s not just a pattern book, however, it also informs customers about the farm’s practices and heritage.

Emma and her team have taken an intensive arable farm, returning a marginal profit, and built a sustainable diversification, which has transformed the fortunes of the farm business.

They have done this by utilising the land they have available, changing their farming direction and continually innovating to become a market leader.

Emma and Susie have turned a family farm from marginal arable profits to a sustainable future, producing hand-dyed, premium quality British knitting yarns from their own fine wool flocks. 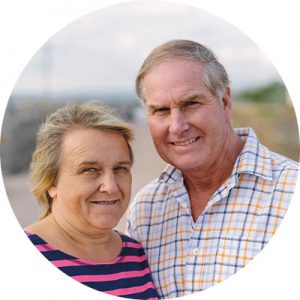 When milk prices fell drastically in 2015, Somerset dairy farmers Michael and Jenny Churches realised they had to diversify to stay afloat.

The couple looked at all aspects of the business to see if every asset the farm held was performing to its maximum.

Years earlier they had purchased an old village church next to the farm after it had closed back in 2000. The 18th century Grade II listed former church had been deconsecrated and was bought for a small sum.

At the time of purchase, the sixth generation farmers were unsure about a viable use of the building for the future.

But they later decided they wanted to put the building back into the public domain and began restoring the church to its former glory.

Picturesque venue
With stunning panoramic views of Glastonbury Tor and the Somerset Levels, they knew the idyllic setting was an ideal venue to host weddings, family celebrations and events.

The diversified enterprise would also provide a valuable future income source and opportunities beyond agriculture for their two children, Andrew and Rachel.

There have been many knock-backs to overcome, specifically around planning such as gaining council approval for a second door to be installed, and obtaining wedding and entertainment licences.

The unique selling point is it offers people, including same-sex couples, the opportunity to be married in a civil service in a church ambience. The reception can also take place in the same location, with disabled facilities, a large car park, catering, bar, and outdoor marquees all available on site.

Open all year
Weddings make up about 80% of bookings, but the year-round facility can also host birthday parties, family reunions, wakes, anniversaries, conferences and afternoon teas.

The planning and consultants fees were expensive, but the farmers say it’s been worth the struggle. Now the business is up and running, the costs are low with no bank borrowing and a relatively quick transfer of funds from bookings back to the farm accounts.

“It’s exceeding all our expectations,” says Michael. “Now all the family are involved in between looking after the dairy, beef and sheep on the farm.”

Michael arranges the viewings and Jenny sorts out the catering. Andrew holds a personal licence so he looks after the bars, outside areas and groundworks, and Rachel manages administration, advertising and marketing, and social media, including Instagram, Facebook and Twitter.

Local employer
The diversified business utilises around 30 local suppliers, including the local butcher and baker. It is also putting the village on the map, employing local and young people – during busy periods, up to six waitresses are required – and attracts guests from further afield who are using and staying in local hotels and B&Bs.

In June, the farm hosted its first Open Farm Sunday event, which was a big success that they are keen to repeat.

In the next five years, Michael and Jenny also have plans to offer guests accommodation on site through the introduction of glamping pods.

By then, they expect the business to be contributing in excess of 50% of the total farm turnover, which would not be exposed to commodity fluctuations and would put the business and family farm in a good position for the future and the next generation.

Michael and Jenny have created a true family business which is complementing the farming enterprises and adding income and employment to the family and wider community. 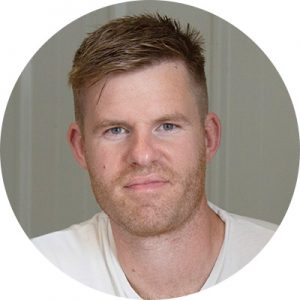 Suffolk-based poultry farmer and entrepreneur Matt Havers has come up with a cracking idea to use second grade eggs that don’t meet supermarket specifications.

For his range of Peck protein drinks, he uses the egg whites from second quality free-range eggs, which are considered as the wrong size, colour or texture and often treated as waste products.

“Five years ago, we had a problematic flock of chickens that resulted in a high amount of second grade eggs,” recalls Matt, explaining how he got the idea.

“At that time, I was playing lots of sports, taking dairy-based supplements. But I couldn’t figure why similar products hadn’t been made using unwanted eggs. So, we set out to make our own.”

Start-up obstacles
The challenges have been significant, Matt admits. It had never been done before in the UK. He could not find a partner to manufacture, so he had to create his own small processing facility on the farm.

Luckily, a neighbour four miles from his farm has set up a facility to process the egg whites. “We send our seconds to him. They get broken and come back in 10-litre bag-in-boxes,” says Matt.

“We also use all of his seconds from his neighbouring farms, so the carbon footprint is tiny. The egg whites come back pasteurised, but we do all our magic and pasteurise them again, which is partly why we get such good shelf life.

“Our drinks are 66% egg white, but with no artificial colourings, flavourings or  preservatives and they are fine out of the fridge for six months.”

After four years of hard work, two grants from the Eastern Agri-Tech Growth Initiative, various consultants and “a lot of pain”, Matt launched his first range of Peck protein drinks in June 2018.

Versatile product
The 31-year-old says his dairy-free, low-fat drinks are unique in the UK. They can be consumed as a breakfast drink, on the go, or as a post-exercise protein drink.

Each 250ml bottle consists of about five egg whites, concentrated fruit juice, soya milk imported from Idaho, US, stevia sweetener and water to derive about 20g of protein. There are three flavours – strawberry and lime, mango and passion fruit and raspberry and blueberry.

The drinks have a slightly grainy texture, but they don’t taste sweet and it grows on you the more you drink it.

“Transforming people’s perceptions about consuming egg whites in this way has also been a hurdle, as some people still associate raw eggs with the Rocky films,” Matt says.

Although it’s still a fledgling diversified business, within the first year, Matt sold about 30,000 bottles. The drinks can be purchased through the Peck website peckdrinks.com, Amazon and musclefood.com.

Matt says his biggest achievement to date was being approached by Sainsbury’s for a beverage trial in 110 of its stores.

Future plans
He has identified opportunities to make his business more sustainable going forward, including sourcing waste eggs from regional supermarkets and growing more of his own ingredients.

Egg waste can run up to 4% in supermarket stores and that all ends in landfill, so if he scales up his business, he could give millions of eggs a second chance.

Next year, Matt also plans to grow about 10ha of soya to see if the crop is suited to growing on his farm. This would significantly reduce his biggest cost in raw materials and transportation.

“Scale-wise, it would be awesome if I could grow more of a percentage of the ingredients,” he says. “That’s the ambition, as well as a load of other new product launches, including egg yolks and a whole egg ‘shot’ version.”

Matthew has created a very innovative range of non-dairy protein drinks for the fitness/protein market using second quality eggs which are often treated as waste by processors.

What the judges like
• Great innovation to create unique product
• Identified market for non-dairy protein drink
• Found interesting use for waste eggs
• Dedication to product development, marketing and sales
• Overcome many challenges, especially at start-up

“We’re delighted to be sponsoring this award as we understand the increasing need for Britain’s farmers to diversify. In working with so many farmers ourselves, we applaud those seeking new opportunities and appreciate the hard work and dedication that goes into such ventures.”

Darren Whittington, director of operations, The Camping and Caravanning Club