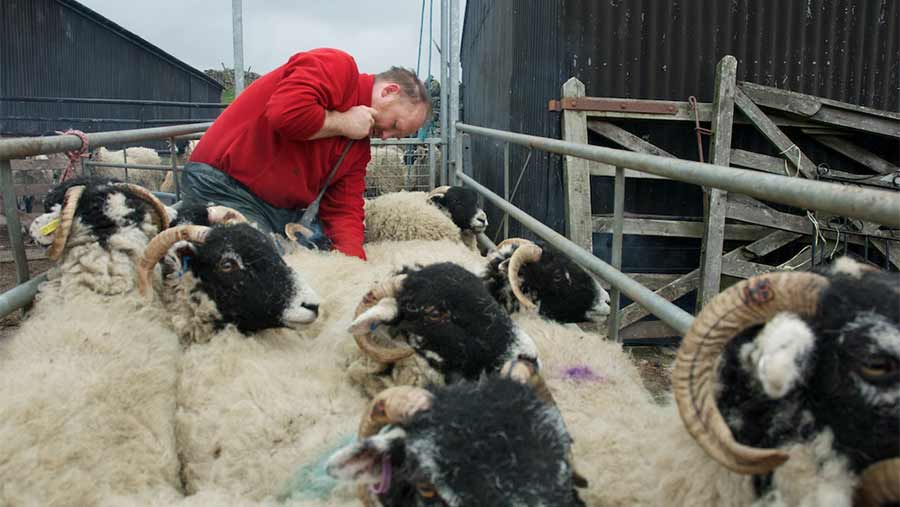 The film that won the Farming Champion category of the 2015 Farmers Weekly Awards is set to reach a new audience when it airs on TV this week.

A 60-minute version of Addicted To Sheep, which follows the lives of hill farmers Tom and Kay Hutchinson, will air on BBC Four at 9pm on Monday 8 February (and will be repeated on Tuesday February 9 at 11.00pm).

The project has struck a chord with documentary fans worldwide since its premiere at Sheffield Doc Fest last June and has received rave reviews from the farming community, the general public and the mainstream media.

David Parkinson from film magazine Empire said: “This intimate, but unflinching account of the travails of a North Pennine farming family captures the beauty of the changing seasons, while deftly conveying the graft involved in rearing sheep and cattle and the grimier realities of the rural economy.”

The film beat off stiff competition to win the coveted Farmers Weekly award because it portrayed farming families in such an honest and positive way, and was helping to change the public’s perception of agriculture.

The Hutchinsons, together with director Magali Pettier, jointly collected the award at a gala night at London’s Grosvenor House Hotel last October.

Farmers Weekly editor Karl Schneider said: “Whether it is their passion for improving their stock, or their commitment to the local community, the Hutchinsons embody so many of the positive traits farmers display – and that’s captured brilliantly in this moving film.”

Ms Pettier, a French dairy farmer’s daughter, said: “Although it was hard to cut 25 minutes from our ‘labour of love’, we think the 60-minute BBC TV cut retains the essential elements of the original, allowing us all to experience life on a hill farm without having to get dirty!

“What was also important for us was that as many people as possible find out about tenant hill farming, where our food comes from, and the challenges farmers face,” she added.

Watch a trailer for Addicted to Sheep:

Addicted to Sheep: Official Trailer from Magali Pettier on Vimeo.