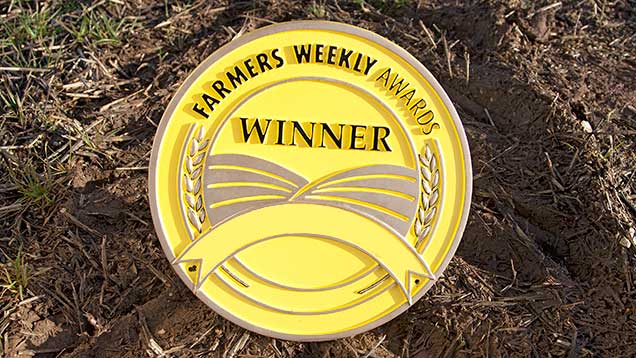 Farmers Weekly is on the hunt for the 2015 Farming Champion, someone who has gone the extra mile for British food and farming – do you know someone who might fit the bill?

We’re looking for a person who has contributed to the industry in a special way.

Sponsored by the NFU, the Farming Champion title, part of the annual Farmers Weekly Awards, is given in addition to the 15 other categories.

If you think this is you, feel free to nominate yourself, but please also nominate other people, too, whether it is a neighbour, colleague, contact, friend or relative. It might even be someone you have never met, but just admire.

Nominating is simple – just email tim.relf@rbi.co.uk with the name of the person you’d like to put forward, and a few words about why you think they should win.

Lincolnshire grower Andrew was recognised for launching a campaign, later to become known as Forage Aid, to get free forage to farmers who were affected by snowstorms that decimated their feed supplies.

Andrew donated his own fodder, then contacted Farmers Weekly, used his Twitter account and spoke in the media, mobilising help from fellow farmers, hauliers and agricultural suppliers.

Farmworker James was involved in a devastating and life-threatening farm accident in 2005. His left arm was severed when his clothes became entangled with a pto shaft.

James tried to use his experience to prevent others suffering and so went on to spread the safety message to audiences at shows, events, on radio and television, encouraging others to take more care.

“I don’t want people to think I am preaching. I just want them to learn from my mistakes rather than make their own,” he said.

“I don’t want anybody, their families or their friends to go through this.”

Hertforshire farmer Ian founded Open Farm Sunday, an event that sees hundreds of farmers open their gates to the public each year, to spread the word about British food and farming.

“Unless agriculture gets its PR in order, UK farming is in trouble,” Ian said at the time.

“We are still regarded by many as a hard-working and honest industry. But we are drifting towards the perception of a subsidy-driven and belly-aching industry.”