When it comes to educating the public – and young people – about the importance of agriculture, no one does more than Michael Sly.

This Cambridgeshire farmer has worked tirelessly to spread the word about the great work farmers do to feed the nation and to create a beautiful, wildlife-friendly countryside. 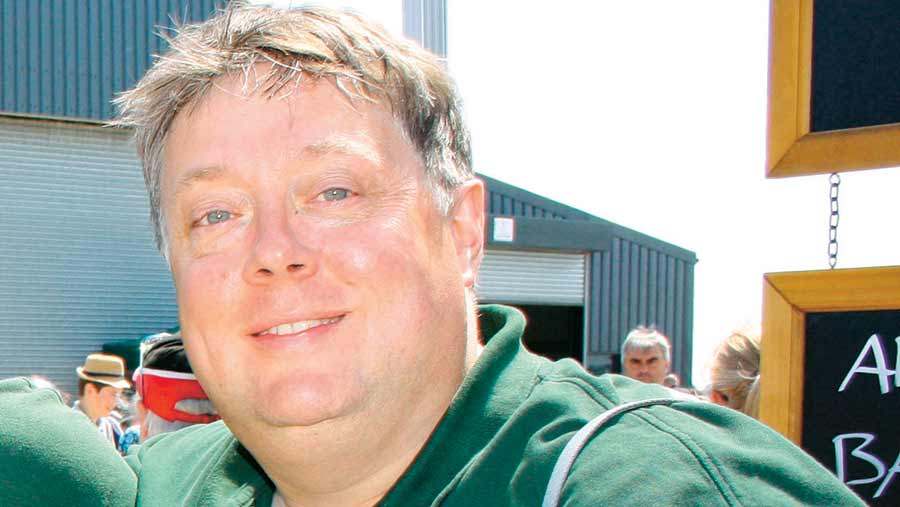 Open Farm Sunday (OFS) is a key date in his diary and he has participated in this national initiative every year at Park Farm, Thorney, since 2006.

During those 11 years, the event has expanded to cover two days, becoming the “Open Farm and Vintage Weekend” and is supported by a vast array of local farmers, businesses and organisations such as Young Farmers and the Women’s Institute.

The founder of Open Farm Sunday, Ian Pigott, reckons Michael has set a great example. “He has an infectious enthusiasm, a really personable demeanour and has galvanised everyone involved with the event, which has become a big date in the whole community’s calendar.”

According to Ian, Michael has a totally selfless approach. “He never talks about himself or what he has done as an individual; he always refers to what the team have done and uses the word ‘us’.

“He is a man who always acts with farming’s best interest at heart. Cut him in half and he’d have farming written through him.”

This passion for communicating with the public is a trait recognised by Caroline Drummond, chief executive of Linking Environment and Farming (the group that organises OFS nationally).

She visited Park Farm on the big day this year. “It was just brilliant,” she recalls. “Everybody loved it.”

Michael is innovative, articulate and prepared to speak up about what he believes in, but he is humble about his achievements, says Caroline.

His interest in agricultural history is well known, but she says he is also embracing modern farming methods.

“As a professional, commercial farmer who has a real market focus, he exemplifies where agriculture is going,” says Caroline.

One of the secrets of his success is the fun and engaging activities that take place, she says. Digging up potatoes, stroking animals and climbing into tractor cabs, to name just three.

“Even though his event is now massive, he maintains his core focus of promoting farming, food production and caring for the environment.”

Michael himself talks about a desire to encourage visitors “to grasp the need for a proper balance between producing food and the sustainability of the environment in which we live and work”.

A further insight into his ethos can be found on the Park Farm website, which outlines an OFS mission to “bring farmers, their customers, families, local community groups, vintage enthusiasts and others together – sharing the wonderful place that this part of the Fens is and how we grow food for the nation’s table”.

It adds: “See how we deliver habitat for farmland wildlife, use the latest technology and enjoy the way we used to work. We would also like you to have a fun free day out!”

Michael’s mission to deliver for wildlife more generally has impressed NFU president Meurig Raymond. He describes him as a “leading light” for wildlife conservation, co-ordinating 17 farmers to contribute to the Thorney Farmland Bird-Friendly Zone.

“This has gained national recognition from peers, environmental groups and the media,” says Meurig. “The group, with truly admirable efforts, continues to work on the integration of sustainable food production and diverse habitat creation.

“I would also highlight one of Michael’s greatest achievements – saving English mustard! His work in bringing together local farmers to form the English Mustard Growers Co-operative helped develop a collaborative supply chain for Colman’s, which has seen everyone benefit from improved long-term profitability.”

During the past 11 years, Michael has opened his farm gates to tell the public his farming story – and what a story he has to tell. It’s no wonder more than 35,000 visitors have enjoyed the Open Farm and Vintage Weekend since 2006.

“Michael really stands out. His efforts to entertain and educate people are a year-round passion for him and his team – and the NFU is extremely proud of all his work and achievements”