Striving for a sustainable system, along with intricate knowledge and spot-on execution of its production, processing and marketing results in Barfoot Farms really standing out from the crowd.

Starting from just an 8.5ha smallholding in 1970, the business now produces 2,430ha of mostly sweetcorn, brassica, legume and cucurbit crops from Bognor Regis in West Sussex to the north western edge of Southampton in Hampshire.

Despite large-scale intensive production, the farm has impressively managed to weave sustainable principles into the core of its business over recent years. 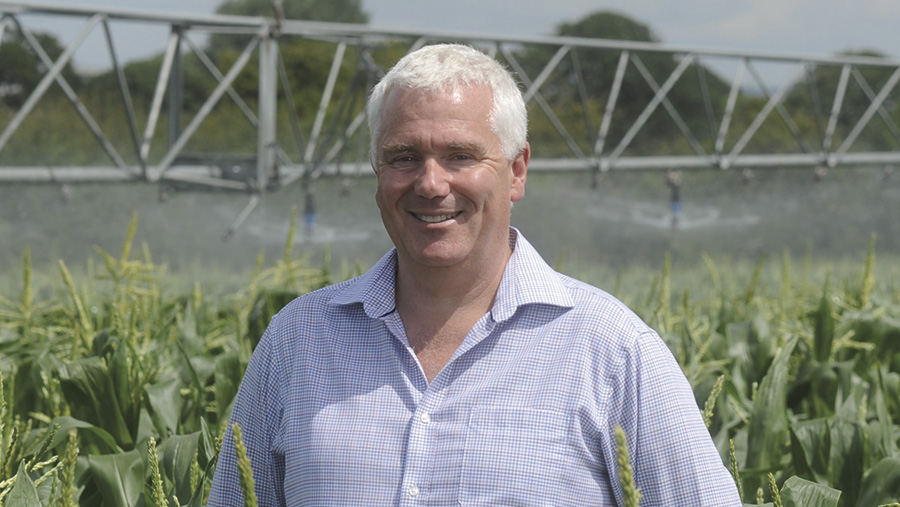 Producing vegetable crops can be hard on soils, requiring intensive cultivations and operations such as harvesting in sometimes less-than-ideal conditions.

Soil structure issues have a negative impact on production and this symptom of modern agriculture prompted farm director Nathan Dellicott to make a change.

A plough-based system worked its gravel to silt loam soils and sometimes required two subsequent passes before planting, leading to 65% of the field area being trafficked.

As a result, the farm switched to controlled-traffic farming four years ago, with real-time kinematic guidance enabling every machine to work on the same 5m grid on every pass and min-till has made the plough redundant.

As such, no plant root has to push through compaction, resulting in improved crop yields and in some cases increasing margins by up to 10%.

“Previously we did what we needed to do to survive as a business, but now production is spread over more land, so we can afford to look after our soils much better,” explains Nathan.

Cover crops have featured on the farm since 2012 in a bid to further improve soil health, break compaction and capture nutrients.

Digestate from its Bognor Regis site’s 2.4MW anaerobic digestate plant – fed on hybrid rye and 27,000t of pack house waste produced each year – also helps improve soils and has cut inorganic fertiliser use by about 30%.

This commendable approach has resulted in a low waste, energy efficient and environmentally friendly operation that further enhances the sustainability of the business.

While sustainable practices are key in the field, the wider farmed environment is also at the heart of Barfoot’s philosophy and Higher Level Stewardship environmental schemes and habitat creation has boosted biodiversity across its land.

Neonics have been used in the farm’s sweetcorn crops and collaboration on the research project and scrutiny of its findings have enabled increases in bee health on the farm – crucial for pollination of crops throughout the rotation.

“We have learned a lot from the connection and it has resulted in us getting more pollinators into our crops,” adds Nathan.

While production and environmental sustainability is important, business profitability is also critical and the business excels in this area too.

Barfoots’ aim is to grow quality produce that ensures customers keep coming back for more, but improving their marketing strategy has taken the business to another level.

Investment in pack house technology is a perfect example of this, enabling product innovation and the creation of nutritious, convenient and ready-to-cook packs for the supermarket shelf.

“Nathan Dellicott is an admirable winner of the 2016 Farmers Weekly Awards Specialist Crop Producer of the Year title.  He uses a high level of technology and soil management techniques in his drive for a highly sustainable business strategy.”