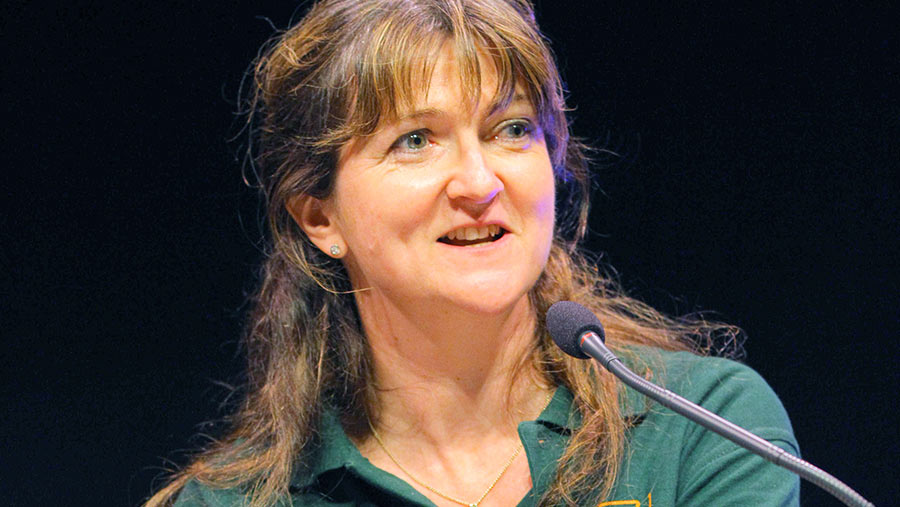 Caroline has worked tirelessly for almost three decades for a charity that has shaped farming and agriculture across Britain and around the world.

From its humble beginnings in 1991, Linking Environment And Farming (Leaf) has grown under her leadership to become a hugely influential organisation, encouraging more sustainable farming practices and improving public understanding of farming and the environment.

One of Leaf’s flagship events is, of course, Open Farm Sunday, which each year connects more than one-quarter of a million people with farming, but another of her huge achievements has been leading the Leaf Marque initiative – a farm assurance system recognising products grown sustainably with care for the environment. She also recently led the successful merger with the charity Farming and Countryside Education (Face).

Caroline’s impact has been huge, according to former Leaf chairman Stephen Fell, who recalls her huge efforts to “cajole and influence” people into accepting and promoting sustainable agriculture, mainly through the mechanism of integrated farm management.

“Caroline is a great communicator and has a huge list of contacts across government, retailers, researchers, NGOs and, of course, farmers, all of who respect her views and forthright discussions,” says Mr Fell.

“She is always good fun to be with, challenging and someone who likes being challenged. Farming has a huge amount to thank her for.”

Co-founder of Leaf, David Richardson, recalls giving Caroline a job at the then-fledgling charity back in the early 1990s.

“When we launched, the charity was running on a shoestring. For several years, we barely had two pennies to rub together, but Caroline was so devoted she used to take a sleeping bag and sleep under her desk in the office at Stoneleigh.

“I’ve made lots of mistakes in my life, but appointing Caroline certainly wasn’t one of them. She’s done a superb job and what Leaf has achieved has exceeded my wildest dreams.”

Caroline was awarded an MBE for her services to the agricultural industry in 2009. She is also a Nuffield scholar and was recently named one of the Women Economic Forum’s “Women of the Decade”.  All this, of course, happens when she’s not busy on the family dairy farm in Cornwall.

A graduate in agriculture, she’s a true “integrationist”, effectively combining the three components of sustainability – environmental, economic and social – in her work.

As former editor of Crops magazine, Debbie Beaton, observes: “She’s been a pioneer when it comes to the notion of sustainable agriculture in the UK.

With agriculture entering a period of huge change in its bid to feed the growing global population and steward the environment, the need for organisations like Leaf – and people such as Caroline – will be even more vital in the coming years.

The 2019 Lifetime Achievement award is sponsored by the Woodland Trust

In being at the helm of an organisation that has opened farms across the country, helped numerous farmers speak out and demonstrate what they are doing on their farms, she has been committed to seeing the contribution of farming to the environment recognised.

“A force of nature as well as a force for nature, Caroline is a great ambassador for linking the environment and farming. This award is richly deserved.”