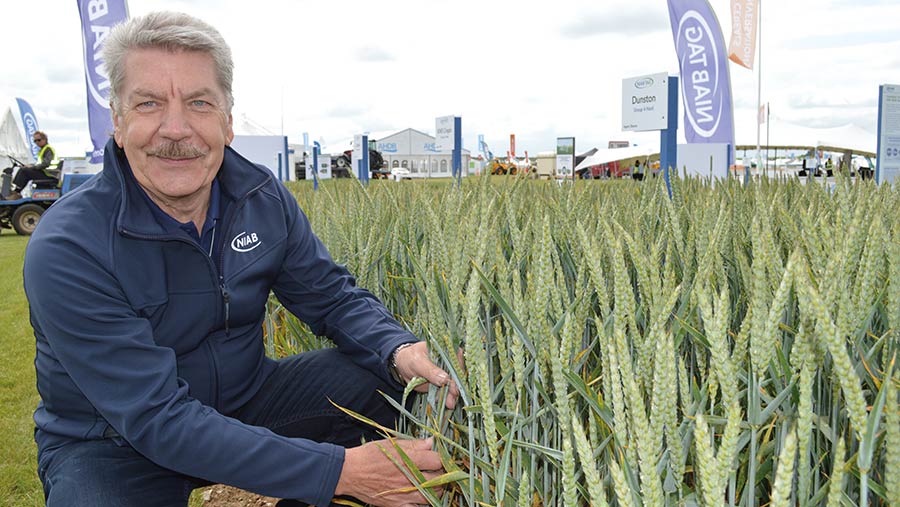 Bill Clark’s work over a career spanning more than 40 years has brought huge benefits to farmers in terms of their agronomic decision-making.

A plant pathologist by training, he retired this summer after nearly a decade as technical director at Niab, where his primary role was leading the Niab Tag membership programme, providing strategic agronomy advice and information to more than 2,500 farming and industry members.

See also: Read more about all our Awards finalists

In all his roles, though, his insight when it comes to plant biology and applied plant science has made a huge contribution to industry-wide advances in disease control strategies, plus our understanding of fungicide activity, the physiological effects of fungicides and resistance issues.

Recognised as a leader in this area nationally and globally, he has also been a valued contributor to industry and academic advisory committees and research groups, both national and international, on cereal disease control.

He’s also had a lifelong passion for knowledge transfer, has been a prominent public speaker on a range of agricultural issues and a regular contributor to the farming press.

What makes Bill Clark our winner?

As Niab’s chief executive, Tina Barsby, says: “Bill loved his public role as the ‘face of Niab’ in communicating all aspects of science and agriculture.

“He was as comfortable presenting technical agri-science information at farming conferences as he was in front of a camera explaining food and farming issues to the general public, with audiences appreciating his style of delivery – approachable, understandable and always with good humour.”

This is a sentiment echoed throughout the industry. Susannah Bolton, research director of AHDB, says: “Bill is one of those rare individuals who is able to seamlessly bridge the gap between science and practice on farm. This has been of huge importance when dealing with diseases that evolve rapidly and develop resistance.

“Sometimes, the implications of the changes in the best management practices have been hard to decipher, but Bill has been able to connect the fundamental biology with really important messages on how best to use fungicides. That is why he is admired and respected by scientists, agronomists and farmers alike.”

A County Durham lad with a farming background, Bill attended Hull University in the early 1970s, starting a joint botany/zoology degree, before switching to straight botany.

He also attended Harper Adams as a crop protection postgraduate, before joining Adas as a plant pathologist in 1977, eventually becoming its national cereal pathologist.

In 2007, he became the director of Broom’s Barn Research Centre in Suffolk, at the time at national centre for sugar beet research, before transferring to Niab in 2012.

For decades, Bill has been a go-to person for no-nonsense, independent, practical expertise and advice – something that has become ever-more needed by hard-pressed farmers grappling with variety choices and disease control, and facing a fast-changing agronomic and legislative landscape.

“Bill has had a significant effect on the industry’s ability to manage crop disease, which is so critical for the resilience and productivity of the arable sector,” says  Helen Ferrier, chief science and regulatory affairs adviser at the NFU.

She highlights his “enthusiasm, experience and commitment to the farming industry”, adding: “His ability to engage an audience of farmers and growers about science really sets him apart within the academic research community.

“He is a superb communicator, able to explain so clearly the link between fundamental scientific knowledge and improvements in commercial practice, earning him the respect of growers, agronomists and policymakers, as well as fellow scientists,” Dr Ferrier says.

“Bill has the ability to relate to audiences at all levels and is an expert at knowledge transfer. One of his overriding characteristics is his ability to understand grower needs, conduct applied research and translate the science into practical on-farm advice. He is recognised throughout the industry for his work on cereal disease control and is passionate about fungicide resistance and integrated disease management – clearly ahead of the time on sustainability.”