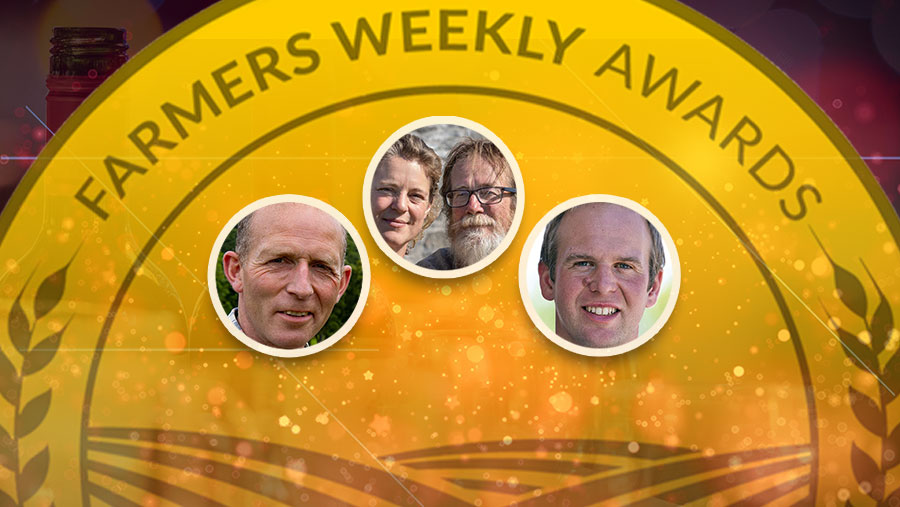 The Farmers Weekly Sheep Farmer of the Year finalists are three diverse sheep enterprises that all use a technical approach to both flock and grassland management to create sustainable farm businesses.

All finalists demonstrate best practice and are examples of some of the sector’s best-performing farms. 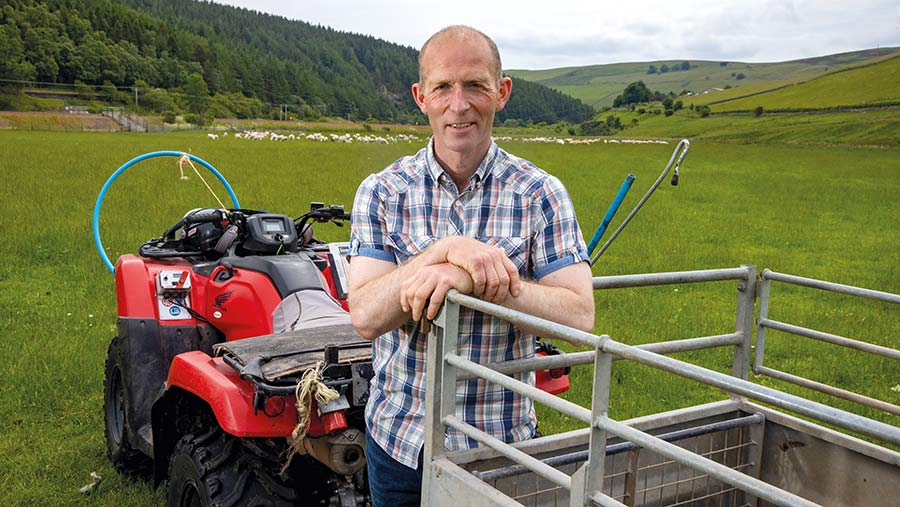 Bankhouse Farm has transitioned over the past 13 years from a high-input flock of Texel ewes to a flock of lightweight Easycare composite ewes, which are lambed outdoors in April.

The ewes shed their wool and are bred to be as efficient as possible, with the aim of producing their own weight in lambs 100 days from lambing.

Finished lambs are sold to M&S as part of a supplier scheme with Scotbeef.

Some of the home-reared breeding stock is sold on, with ewe and tup lambs sold to other farmers through co-op Farmstock.

Use of electronic identification (EID) tagging and regular weight recording enables more informed breeding decisions to be made.

The farm aims to breed ewes that are able to build condition in the run-up to tupping, while also being able to maintain body condition throughout the rest of the year on an intensive paddock grazing system.

Faecal egg count monitoring on farm is helping to reduce worms in the flock.

Finished prime lambs usually score about an R-grade and are typically marginally leaner on average than a 3L on the Europ grid.

At 18kg deadweight, they are slightly lighter than the industry average.

Graham operates a strong culling policy to reduce issues and improve overall health in the flock. Any ewes that have had problems with feet, teeth, and udders during the year are culled.

Bankhouse Farm had an average scanning percentage this year of 171% and a rearing percentage of 157%, while lamb mortality at birth is typically below 7.5%. Barren rates are below 3%.

Graham aims for 700kg/ha of lambs sold (liveweight) as a target; this enables him to have a high level of performance without having to increase spending on inputs.

Measuring grass growth every week has helped Graham to increase grass-use efficiency, resulting in a saving of £10,000/year in bought-in feed costs.

One-quarter of the farm is sampled annually to study soil health, with a heavy focus on reducing nitrogen use and increasing soil biodiversity.

The farm operates a rotational grazing system incorporating both sheep and cattle.  “I want to extend the grazing system as long as I can,” says Graham.

“We have gone from feeding silage from December to now taking sheep right through to three weeks before lambing by just feeding them forage crops outside, and this has helped reduce input costs along the way.”

Clover leys are used to increase nitrogen levels in the soils and grass mixes are matched to soil type to maximise productivity and performance.

Carbon auditing has been taking place annually since 2018 and the farm has reduced its carbon footprint from 32kg to 30kg (kilogram of carbon dioxide equivalent to each kilogram deadweight) during the past three years.

Graham’s data-driven approach to sheep production has allowed him to breed a resilient flock of ewes with strong genetic traits, which lamb outdoors on a well-managed grass-based system. 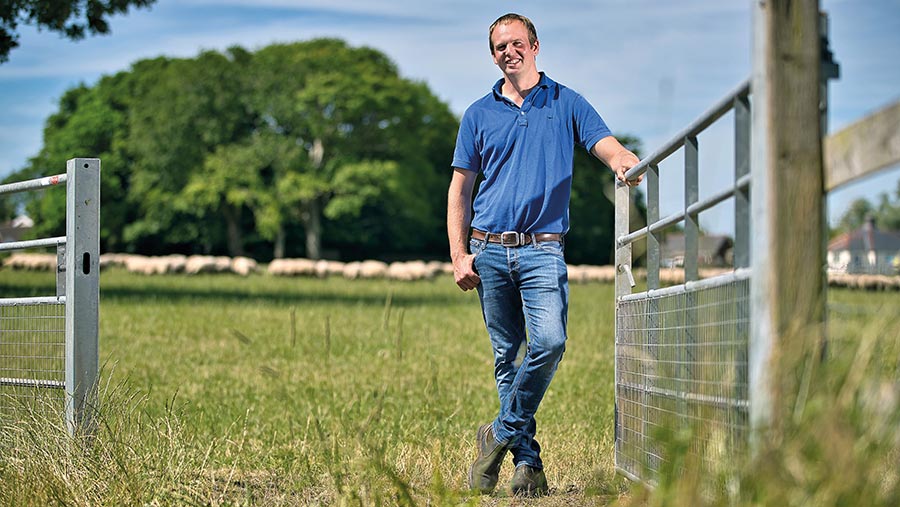 Lambs are targeted at the early market to achieve a premium price, with a target weight of 42kg liveweight. Some of the earliest finished lambs are sold liveweight, but the majority are supplied direct.

Most lambs are supplied to Scotbeef as part of the M&S scheme and average 20-20.3kg deadweight.

The farm is run in partnership between Andrew and his parents, David and Ruth.

A placement student is taken on each year from Hartpury College in Gloucestershire, and a part-time shepherd is also employed three days a week.

Lambing is split into three groups, with older ewes lambed first as they cycle better.

This is followed by younger ewes in February, and finally, in early March, shearling ewes are lambed to give them as much time as possible to improve condition before tupping following their first lambing.

Most replacements are bought as ewe lambs from a single farm in Scotland as Suffolk cross Scotch Mules and are then put to a Texel or Charollais tup.

Andrew runs a younger flock of ewes to improve flock performance, with a replacement rate of about 23% each year. This has also helped to keep barren rates low, at 2%, on average.

The farm uses management tags for the ewes: each year a different colour is used, and tags are notched on ewes with issues such as lameness to help with culling decisions.

The farm also has diversified income from a pumpkin enterprise and holiday accommodation in shepherd’s huts.

Once weaned, lambs are drafted into different weight groups and are then weighed weekly to monitor growth and calculate average daily liveweight gains.

All early lambs are finished on creep feed to help them hit the early market premium. This year, 2,600 lambs were sold as finished by 11 July.

Andrew believes rotation is key to managing weeds – when land has been in a rotation of crops, generally that grass is cleaner, healthier and more nutritious, he says.

The ewes are grass-fed and supplemented on a blend of purchased soya protein mixed with barley, maize and silage from the arable enterprise.

“This gives us a real advantage and allows us to mix our own diet for the ewes.”

About 15% of the farm is reseeded to grass leys each year. Long-term leys are established after a crop of winter barley, and maize is undersown with short-term ley mixes.

Nitrogen use has been reduced during the past year by increasing the use of clover.

The farm also rents out some land for leeks and then benefits from improved soil nutrients when taking the land back in hand.

Andrew has taken a predominantly beef and potato enterprise and transformed it into a highly profitable commercial sheep enterprise. Grassland management and crop rotations are used to reduce inputs on farm. 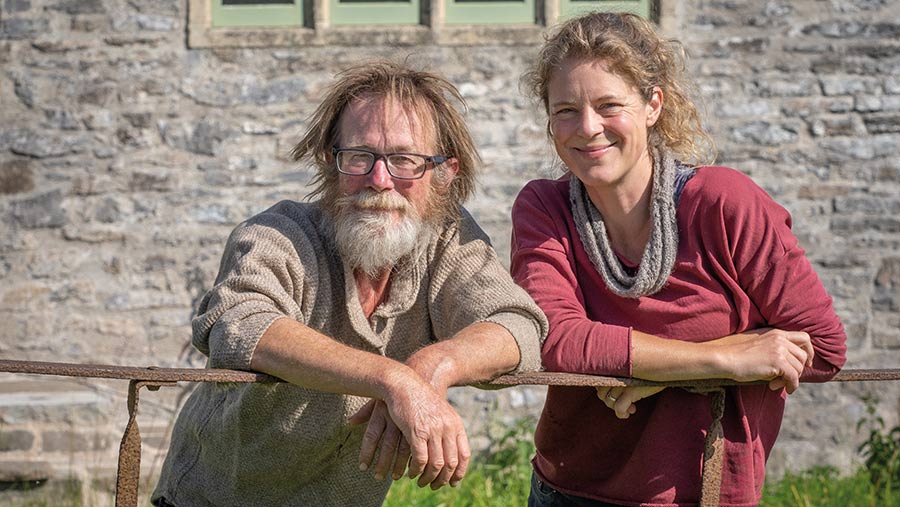 Fernhill Farm runs a flock of outdoor-lambing Romney cross Shetland ewes with a focus on both meat and wool quality.

Finished lambs are usually marketed as hoggets and are sold liveweight through markets. Prior to its collapse they were being sold through online retailer Farmdrop.

Lamb may also soon be sold through a meat vending machine at a local campsite close to the farm.

The farm has 750 breeding ewes, and a further 500 ewes in an organic flock as part of a share-farming agreement. Lambing takes place between 16 April and 16 May in paddocks.

The farm makes a considerable income from wool, with raw fleeces and processed wool sales contributing 40% of the total income of the sheep farming enterprises.

Top-quality material is sold off farm at £20/kg as a raw fleece for the clothing industry, while standard wool is sold at £2/kg, still at a noticeable premium compared with the average from British Wool auctions.

“When I started shearing 30 years ago, wool was worth £5/fleece, so it should be worth about £25 each now, but to the average farmer it is only worth about £1- £2,” says Andrew Wear.

The farm also welcomes 15,000 visitors annually through events including wool and shearing diversifications.

The business takes in university students to learn about both agriculture and textiles, and self-employed labour is also used on the farm.

All the sheep are sheared by hand using blade-shearing methods as part of the wool diversification enterprise.

The wool is then tested for micron levels using a Fibrelux micron meter, which measures the thickness of the fibres in the fleece.

The Romney cross Shetland ewes have been bred to be lightweight and versatile, reaching about 55kg mature weight.

They are suited to being completely grass fed on the Mendip Hills, with a rearing percentage typically just over 150%.

The best ewe lambs from twin-bearing ewes are kept on as home-bred replacements.

Wool genetics are key to breeding selection, with tups purchased from high-performance flocks to be used on the home-reared ewes.

The demand for wool is encouraging the farm to breed sheep with lustre longwool reaching 10-25cm in length.

Ewes are blade-sheared prior to lambing, which removes the stress of summer shearing when ewes with lambs at foot are at peak lactation.

Sheep are moved every three days to maximise rotational grazing – with the quick movement between pastures, sheep are not grazing too tightly to the ground which helps to prevent worms and diseases being picked up from the soil.

With the farm split across a combination of holdings, there is currently limited use of individual EID recording of lambs for more technical purposes such as individual daily liveweight gain.

The farm has an average scanning rate of 165% and a mortality rate of less than 10%. Barrens remain at less than 3% of the flock.

Ewes with lambs at foot are sold through online livestock marketing platform Sell My Livestock.

Finished lambs and hoggets are usually sold between December and April at a target weight of 38-42kg liveweight.

The farm is down to permanent pasture and does not use any fertilisers, herbicides or fungicides.

Legumes are direct-drilled into existing sward mixes, with cover crops grazed on rented land when available.

The results from a carbon audit are awaited.

Andy and Jen have created a sheep enterprise that is able to create income at every given opportunity, while taking a holistic approach to livestock management and wool production. 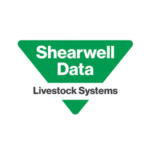 Congratulations to the Sheep Farmer of the Year finalists. All demonstrate an adaptable, progressive and innovative approach to their farming businesses. Shearwell Data is committed to supporting British farmers.