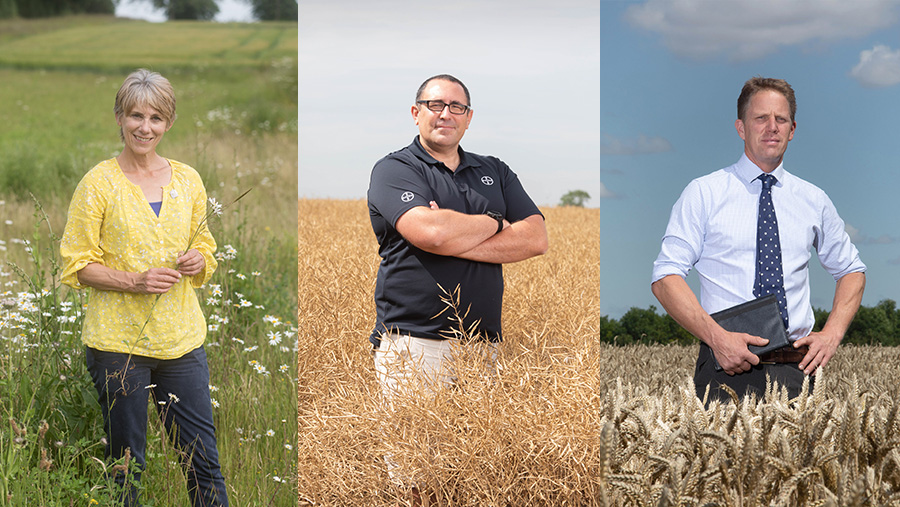 With the phasing out of farm subsidies as Britain leaves the EU, arable growers will need all the advice they can get.

Our three adviser finalists this year cover a broad range of issues affecting growers, from financial planning to technical know-how and environmental considerations 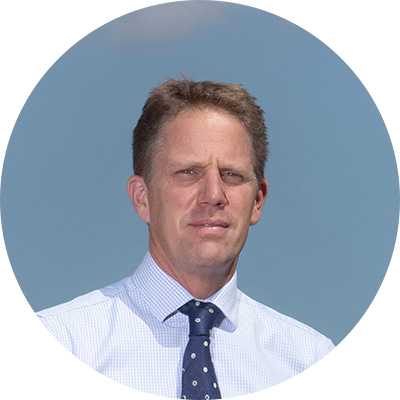 Business consultant/partner at land agent Berrys
William Tongue is a farmer who turned to business consultancy to share his ideas with others on diversification and surviving in a no-subsidy farming future.

Analysing his clients’ accounts and business plans on behalf of his employer, land agent Berrys, he provides them with everything from budgeting to the very tricky problem of succession.

Most of his farming clients are arable-based, stretching across a wide swath of southern central England from Oxfordshire through Northamptonshire to Cambridgeshire.

He believes the obsessive fixation on the variable costs of seed, sprays and fertilisers can hide the need to control fixed costs such as manpower and farm equipment.

“It is labour and machinery costs which set the profitability of farmers apart. Being a farmer myself helps a lot as, whatever they are struggling with, it is likely that I am struggling with it as well,” he says.

Technical knowledge
The majority of his 55 clients are tenant farmers and contractors, so looking at their annual budgets is often the best place to start to keep them on an even financial path.

“We sit down at the start of the year and focus on profitability, as profit is next year’s cash flow,” he says.

So looking at farm finances, accountancy, budgeting, benchmarking and being the ultimate “agony aunt” for family mediation are all part of his work remit.

Britain’s impending exit from the EU will mean a reduction or even elimination of farm subsidies such as the Basic Payment Scheme (BPS), and that means farmers will need to diversify and become more efficient.

In the diversification area, he has advised on setting up horse livery businesses, commercial building lets, glamping, food delicatessens, gin distilling, kennelling and very much more.

Environmental credentials
With the likely phasing out of direct farm subsidy payments, his clients are looking to a future without BPS, and so he needs to advise on diversifications and tightening up on costs.

He is currently advising a group of farmers on how to collaborate on environmental schemes where they can combine with partner groups, such as water companies, to improve water quality.

Many of his clients are already in environmental stewardship schemes and are keen to do more in a post-BPS world, so he has plenty of advisory work to do.

His work often involves bringing new enterprises on to a farm with minimum environmental impact, such as setting up livery enterprises, renting out sheds for storage, and  looking to generate as much money as possible for the farm from non-agricultural uses.

Client relationships
Eight years ago one of his clients, Bedfordshire farmer Mark Forster, felt that farming was like climbing a slippery pole. He was getting nowhere and needed financial help.

“Then, we were making no money, we were heavily in debt and the bank was nervous, so we needed to get more into the business side,” explains Mr Forster.

He farms at North End Farm, near Bedford, on chalky boulder clay with an average wheat yield approaching
9t/ha, with 14ha under environmental schemes.

The first thing William brought was financial control, and over the following eight years, the farming business was brought gradually under greater control.

“We would not be farming today if William had not come on board,” says Mr Forster.

His clients rely on him to provide the business management skills to help their farms financially and allow them to get on with their core skills of running the farm day-to-day.

The judges liked…
• William is finding a balance for a sustainable future between the farm operator and the land owner
• Clients can relate to him because of his own farming background and experience
• Despite the pace of change in modern farming, he pushes for what is best for the client’s business 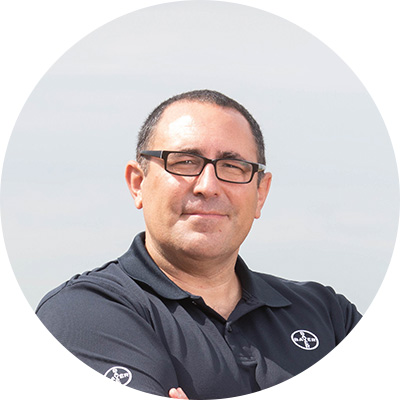 Commercial technical manager at Bayer
Ben Giles likes a challenge – and one heavy land Buckinghamshire farm certainly gave him one, with bad blackgrass and the grower wanting to move to no-tillage.

An expensive Cross Slot direct drill was on its way to the farm, so success was required after such a large financial outlay.

This is the kind of problem solving that Ben enjoys as Bayer’s commercial technical manager for a wide area of southern central England, and finding an answer means working closely with the farm team.

“After about five years, it has worked and the blackgrass is now under control, which is very satisfying for all involved,” he says.

Technical knowledge
Ben’s 22 years as an arable farm adviser is littered with examples of problem solving, such as finding a replacement for the widely used fungicide chlorothalonil, which is set to be banned after May 2020.

He is leading trials looking at a possible replacement, folpet, while testing new seed dressings which will give crops a healthy start and could help them overcome the inevitable disease threats later.

With other cereal fungicides under threat, such as epoxiconazole and tebuconazole, it is a chance for him to see how yet-to-arrive chemistry performs.

Although the newcomers are competitors’ products, Ben is exploring how new fungicides such as Inatreq and Revysol, which are set to be available next year, will fit in with current fungicide programmes.

Meanwhile, Ben is busy liaising with weed expert John Cussans at crop consultant Niab on herbicide trials, as he is one of two national specialists in herbicides at Bayer.

Environmental credentials
Ben acknowledges that there will be a reduction in the reliance on chemistry in the future, and, therefore, there will be a need to use genetics together with sprays.

He often works with farmers who are considering moving to minimum-tillage or direct drilling, and advises on what to expect as they look to improve their soils and cut costs.

“When a grower is interested in direct drilling, we know a lot of people who have done this and can give advice immediately,” he says.

Many growers he works with are seeing their soils improve and gaining control of blackgrass without losing any yield – at the same time cutting their carbon footprint by reducing cultivations.

“This is the more interesting aspect of my work when growers look to direct drilling and cover crops and see improvements over, say, four to five years,” he says.

Working with Ben, Mr McKenzie is now using no-tillage on three of the five farms he operates, and the remaining two are in minimal tillage.

He does his own agronomy but sees Ben as a good sounding board for new ideas, such as growing catch crops of vetch/oats after harvesting oilseed rape, to allow the late drilling of winter wheat.

“We are looking to draw moisture out of our heavy soils, but not to get too thick catch crops that they will shade out the blackgrass before we can use glyphosate,” he says.

Ben is helping with knowledge transfer by linking with key industry influencers and making good use of on-farm trials to give his growers a valuable insight into the likely future trends in agriculture.

The judges liked…
• Despite commercial pressure, Ben manages to advise in a holistic manner across a number of agronomic challenges
• Has an influence over a wide range of agricultural audiences, and has great enthusiasm and personal drive for agriculture 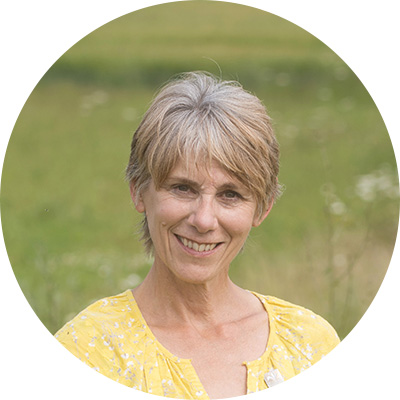 Areas such as arable margins and wild-bird food areas need to be maintained, but grants should also be available for groups looking to improve water quality, wildlife, soils, carbon sequestration and ecological networks.

As principal farm adviser with Arcadian Farm Advice, part of the Hampshire and Isle of Wight Wildlife Trust, she is looking to encourage growers towards environmental schemes to prepare for the ending of Basic Payment Scheme (BPS) farm subsidies.

Alison has pulled together a group of growers on the Hampshire chalk downlands to start planning for a future which former Defra secretary Michael Gove defined as “public money for public good”.

“My motivation is that as BPS goes, the only way to get public money will be to move into these environmental schemes,” she says.

Technical knowledge
Alison was granted £10,000 a year funding from Defra for a three-year scheme to bring farmers together to help protect and improve a landscape that had previously been damaged by intensive farming methods.

The aim was to protect the fragile chalkland landscape while encouraging resilient farming methods that would improve soils and avoid pollution of the gin-clear chalk streams.

The Wallop Brook Farmers group includes 20 growers ranging from 1.5ha to 900ha and covering about 5,000ha of gently southerly  sloping land who are trying out new ideas such as grant-aided, low-input cereals and growing cover crops on slopes.

“My reputation is based on coming up with something that can improve the profitability for the farmer,” she says.

Alison has encouraged some farmers into environmental schemes and says she has never had a farmer tell her they have lost money on any particular scheme.

Environmental credentials
Her work has included measures to bring back a thriving corn bunting population after sharp falls in numbers, and to reverse declines in soil health on some of these free-draining soils.

Corn buntings like spring cereals and open landscapes, and so Alison has looked to survey bird numbers and then encouraged farmers to create a landscape where they can thrive.

She persuaded one member to enter a mid-tier environmental scheme, something the farmer had never done before, to improve the landscape and protect water quality.

“We have got used to cheap food in the supermarkets, but cleaning up the water is not cheap,” she says.

Client relationships
One member of her Wallop Brook growers group is Craig Livingstone, who manages 800ha of combinable crops on the Lockerley Estate close to the brook, near Stockbridge.

The 2018 Farmers Weekly Farmer of the Year is making subtle changes, such as not always toping his field margins and not cutting hedges every year, to encourage bio-diversity.

He is trying low-input spring cereals grown on contract at a nearby farm, which attracts support from an environmental scheme. This  crop might yield 5.5t/ha compared with a conventional crop yielding up to 7.4t/ha.

“We are looking at spring wheat and spring barley and we are hoping the gross margin will be better than our conventional spring cereals,” Mr Livingstone says.

The direction of travel of the industry is what Alison is focused on today. Her ability to bring farmers together has enabled great success to date, and will deliver more in the future.

The judges liked…
• Has an obvious passion for the subject in which she is an expert
• She has proven adept at getting local farms to co-operate and work together to deliver environmental and habitat improvements at scale
• Acutely aware of the need to deliver sound financial performance in conjunction with improved bio-diversity.

The numbers
• 55 client farmers on her advisory list
• 15 years in an advisory role
• 5,000ha covered in the Wallop Brook Farmers group